This time last year, I posted up a post on my childhood photos and here I am posting up on this year's birthday celebration on Facebook.

I have like about 2,000 photos from the recent Korea trip with my family, and I am obviously not going to post all of them up here so I am going to need more time to see through all the photos and figure out how I am going to write this post.

Just so many things I want to say you know. Heh.

Anyways, I am so looking forward to the next holiday trip: camping!

THIS IS GOING TO BE SUPER FUN! 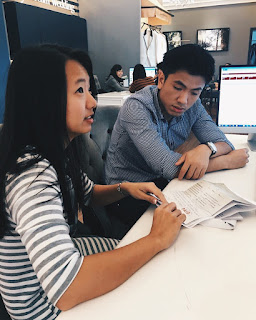 I posted a photo on Instagram not too long ago with a caption that says something in line with My Dream Wedding and being very disappointed after the 2-hours long meeting.

Here is the whole story.

To tell you what happened, I have to start from the beginning so bear with me. It's really not that long of a story/drama. Heh.

Why My Dream Wedding?

That is the million dollar question that at times I almost want to feel like I regretted making this decision. Seriously.

The main reason to why we decided taking My Dream Wedding is that we love all the hipster-ish/rustic-ish/unique-ish feeling of all the photos that we saw during the wedding fair at Gurney Paragon. One particular venue that we saw was located in KL, and at that time they did not reveal to us where this specific venue is located (fearing we may hire photographer and go there ourselves).

The location is basically a museum (we found out on the meeting day with the KL team) that stores old and abandoned planes, where people may go into the plane and take photos.

It's called RMAF Museum, stands for Royal Malaysian Air Force Museum, and yes, we really were looking forward to taking lots of shots here because it's really unique kind of a place (for us la).

The other place that looks good for us is Ulu Yam, Batang Kali. It gives the lake-ish feel and they also have waterfalls so two wins. 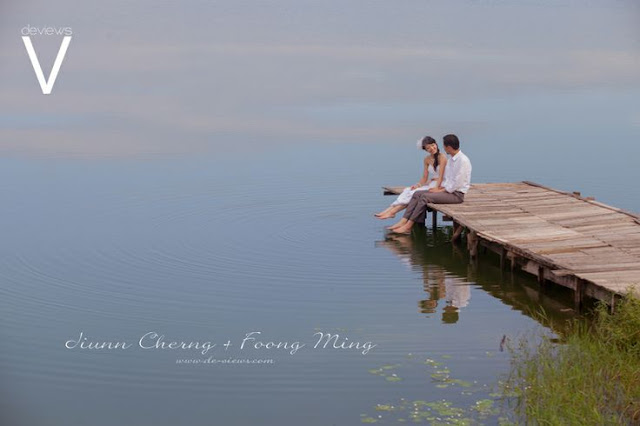 We thought since everyone we knew has done their photo-shoot in Penang and all pretty much looks the same, we might as well go down to KL to do it, considering that both places that we love is there.

So, we make all the necessary arrangements and took annual leaves to make this happen. Please bear in mind that annual leaves for me are very precious because they are not enough so I always make sure it is well spent. Heh.

Three days of annual leaves is a lot by the way. HUGE SACRIFICE if I may put it that way.

We went down on Saturday morning and met with the photographer on Sunday morning.

It was at that time only he told us that RMAF Museum is closed for good and that they are in the process of relocating to Malacca. We were shocked to the core. Apparently they found out about this a month ago, yet we did not receive any phone calls to this news.

Bennie, our contact person for My Dream Wedding knew from the start that RMAF Museum is the main place and reason we went down to KL, and yet no updates from them.

I think that time, my head was on fire but everyone could not see it. They probably felt the heat though.

We took many deep breaths, and brainstormed for similar places to do the photo-shoot because we didn't want to "waste" this trip and my precious annual leave. Oh wait, when I say "we brainstormed", the "we" in this equation is Koay, Vanessa and myself.

We googled for abandoned tracks & planes or old unwanted buildings. We asked if they have any idea of these kind of places but seems like they do not know much of KL places. They didn't seem to know how to google as well if I may be direct.

WE DID EVERYTHING FOR THEM.

I proposed Sekinchan, but photographer turned it down saying that it's now not the "brown" season. Almost 80% of the places that we suggested, they had an excuse why cannot work. I understand Sekinchan now is not the brown-ish season, but can't we do the green season style instead at the same place? 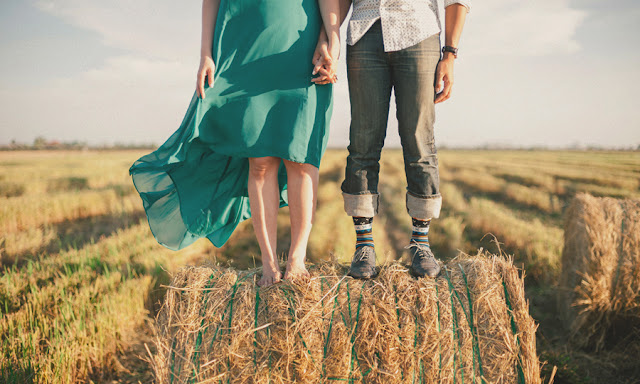 Anyways, the locations that they suggest requires at least RM200 payment. No thanks.

After all the googling and communicating (another struggle because they do not speak fluent Hokkien or English), we decided to tell them that we want to have the photo-shoot in Penang instead.

They made a few phone calls and agreed to let us do it in Penang.

I walked out of the shop feeling sooooo disappointed with the whole situation. It's so frustrating that we have made it to KL, only to find out that photo-shoot cannot happen and now we have got to scrap whatever ideas that we originally have. IT SUCKS BIG TIME.

That same night, Bennie texted me with a long explanation of what happened and apologized. We do not want to make it a big thing so we decided not to like demand for things (although if we insist, we could). They gave us a free upgrade of album size, arranged for us to have the Penang photo-shoot that same week and have their Chief Photographer, Marcus to do it for us. That and we got ourselves an assistant, Boy to help us with everything else.

As much as I hated the fact that we were not able to take photos in some of these places, I believe in my core-being that God's timing is always perfect, and at that moment of all the hoo-hahs, it was difficult to remember that but my partner so patiently reminds me that His timing is and will always be perfect. There must be a reason to why things just did not work out with My Dream Wedding KL.

We had fun during our photo-shoot here in Penang, and that will on another update soon, I hope. Heh.

Oh wow this place has been vacant for too long I see.

You guys must have been missing me here quite a lot lately. Heh.

I was on a one-week-long holiday with my family to Korea, and I obviously did not have time to update the blog because in Korea, you just gotta go all out you know. Eat non-stop, walk everywhere all the time, sleep for few hours and repeat all over. Hah. It was one of the best holiday ever.

Anyways, I thought that this time I will do a quick update on our wedding. Okay, not really about wedding, but more to marriage-related. Heh.

One of the most frequently asked question from people is this.

Where are you both going to stay?

The answer is where he and his mom is currently staying at. His house. No, we are not getting a new place because we don't have the money to get a house now and we are still waiting for house prices to go down. Heh. Mainly because money not enough.

So, it's not so much of a life-changing aspect for him because he is already living there. The only difference is that he will have a roommate in 4-months time till the end of his life (hah) and we will also not stay in his current room, because it is way too small for the both of us.

For me, it is going to be one of the biggest change that I will have to deal with. Not to say that I'm unhappy about it but I am sad to leave my parents and stay at a new place, with a someone, since I've been having my own room and loving the 'loneliness' for so many years.

I don't know how emotional I will get but I will sure have homesickness. Confirm.

Anyways, we will be using the master-bedroom because it it the only room in the house that can fit two human beings (with all our loads) in there. Apparently, he needs way more storage than me. I THINK HE EVEN HAS MORE CLOTHES THAN ME. So girl this boy I cannot.

Initially, we planned to do a simple renovation to beautify and fix the place because we really do not have that kind of money to do a wedding and renovate a room, but somehow along the line, the renovation seems to expand little by little.

It just seems like we needed more power sockets, a brand new water closet (it's also called toilet bowl), a brand new sink, an air-conditiner, lightings and a new window frame and many more items that we thought we could re-use but cannot.

We also had to get people to come in and get rid of all the in-built cupboards so that we may have more space. That is also another cost already.

Recently, we made a purchase of a set of bedroom items at the price of about RM4,000, consisting of a dresser that comes with a huge mirror, a queen-sized wooden platform bed with side tables and a mirrored door cupboard at the Home Dec Fair.

We thought that it's quite a bargain since it costs us less than RM5,000 for all three main items.

Moolahs really drying up quick I tell you.

I'll just share some of the photos from the beginning and now. The room is not done yet, though from the look of it, it should be anytime soon.

Oh we also have the whole house re-painted so yeah. Living room, dining room and all the rooms. We would like to renovate the general toilet but if we do that, we would probably go into debt before we start a life together. Hah. So, that shall wait till the piggy-bank fills up.

We really cannot wait to see the end product.

Our master bedroom is not big so now what we want to do is to come out with things that could make it look bigger, like mirrors and stuff. Actually all we know is to put mirrors only. We don't have any other ideas so if you know, please let us know!

Okay, so here's a list of the things that has been done so far. I'm not too sure if it's according to the timeline but yeah who cares as long as it's done. 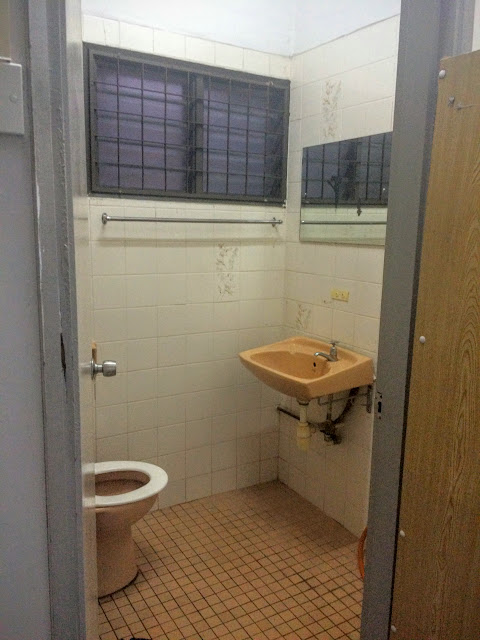 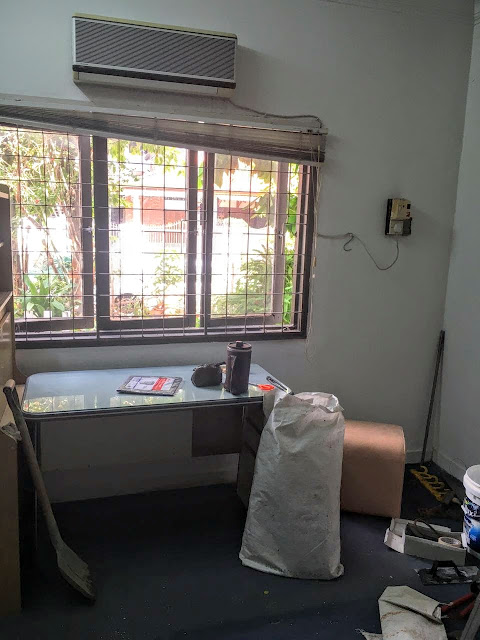 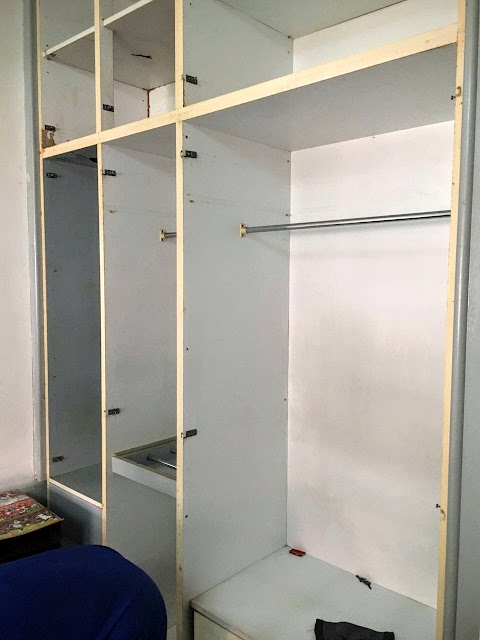 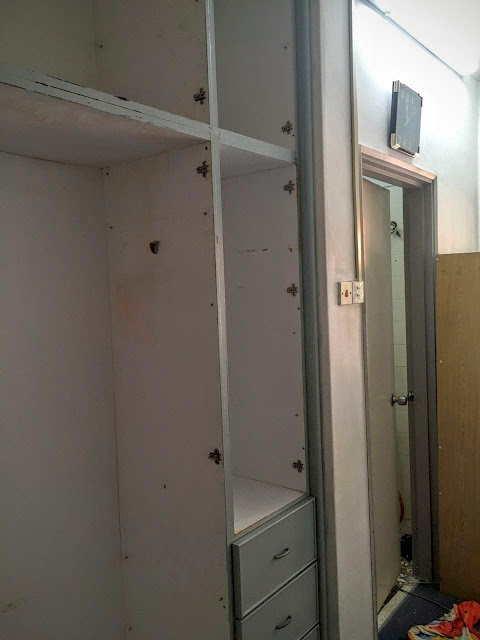 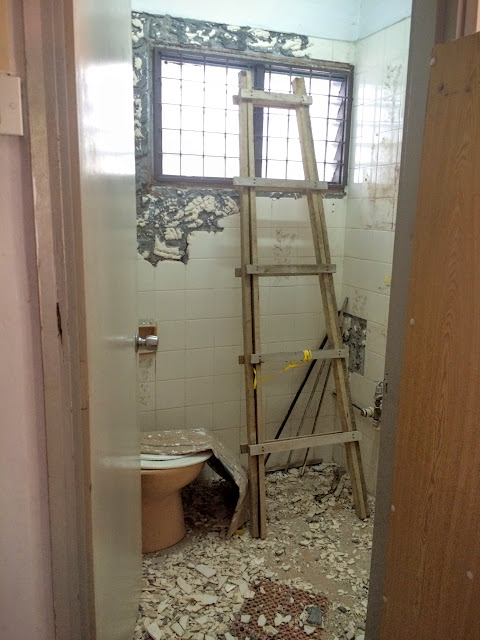 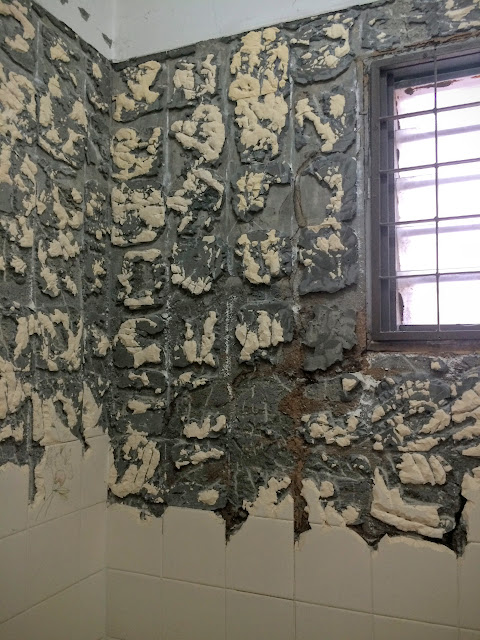 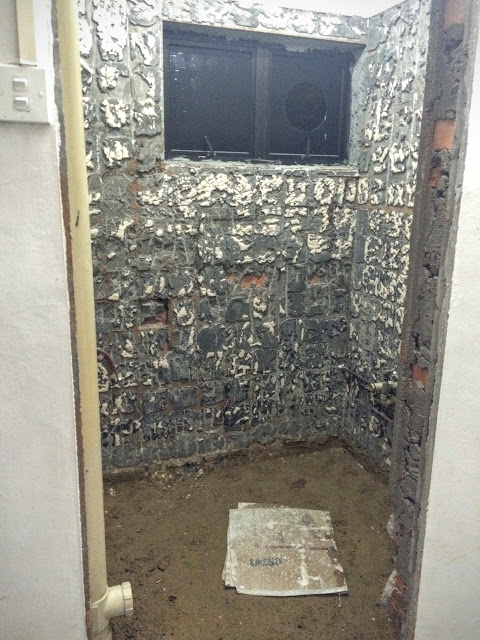 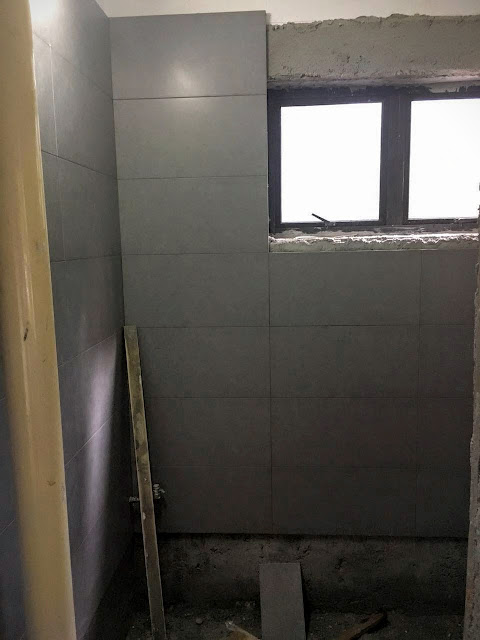 So yes that is all for now.