#40
Him: Ayo, started raining heavy again (while getting ready for work).
Me: Why? Your car no roof ah?
Him: Nolah, scared later my wife cannot fit under the umbrella!
Me: YOU DID NOT JUST OKAY THAT CARD MISTER!

#41
Him:Baby, I cheated on you.
Me: What? You ate Kayu's nasi kandar, didn't you?
Him: HAHAHA yeah I cannot resist.
Me: Tsk tsk tsk.
Him: Jack is my cheat-mate (or mistress)! HAHAHA.
By Sarah Khoo
Labels: Relationships 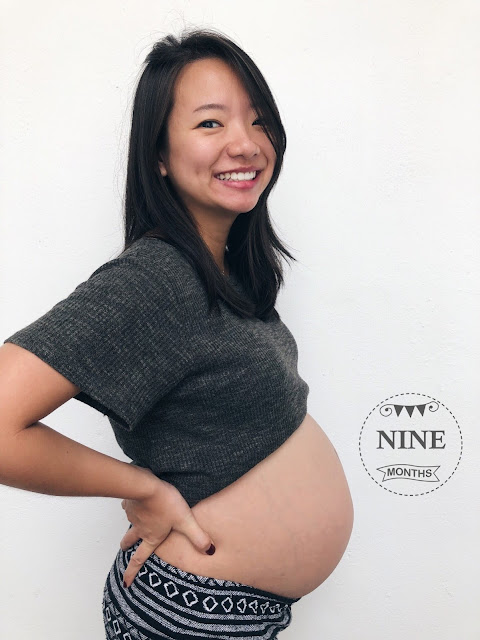 And we are finally here - the ninth month's mark.

As I am typing this, we are already at the 37th week so that means that should Alex decided to come out anytime now, it will be alright because he's already a full term baby. Every part of him is fully formed and healthy and ready to face this world.

Are we ready though?

Some days we feel like we're not, but on some other days, we would get all hyped up to hold him already. So it's really a mix of everything for us.

As we reached 37-weeks, I realized that there were 2 main things that bothered me - a lot.

First, it's eating. It has to be the gestational diabetes that has been going on inside me. It is really hard to stay away from food items that can help me stay full (for a longer time) such as rice but I really had to stay away from it because it's sugar.

Even when I eat a normal portion of white rice with dishes, my blood sugar would increase so I've been advised (many times) to stay away from white rice and take more protein things. The problem is if I don't take rice, I won't feel the full-satisfied-kind of feeling so I tend to keep finding other things to eat - which is also not advisable.

And I crave so much for soya bean but the only time I can have them is with really little brown sugar or none at all. This is torture.

I know you may think that it's only food, but try be a pregnant person and try to ignore these cravings. TRY.

My blood sugar profile readings have been increasing - suggested by the doctors at Klinik Kesihatan to take insulin shots, but still they would like to monitor me for another week. The thing is I have been pretty disciplined (in my opinion of course) in my food taking but still these readings are not showing that.

So, if that's the case, maybe I really need to take insulin shots in the end - I don't know.

What we know is that we would do whatever is needed to make sure Alex does not get this diabetes thing from me - even if it means getting him out early. Hm.

So yeah. Less than a month to go before I can sink my teeth into a slice of Secret Recipe's Chocolate Indulgence cake.

I am already prepared for motherhood please with all the sleepless nights I get on a daily basis.

I try to make sure I have at least 8-hours of sleep every night because in the span of that 8-hours, I actually only sleep for like 4-hours. I kid you not.

Alex weighs about 2.7kg now, and with the water and bag weight inside, it has to be like at least 7kg that surrounds my torso.

That means, at this moment, no matter what kind of position I do, I will still have difficulty in breathing - all the time. Sleeping on my right side used to be the comfiest position ever, but no longer, sadly.

No need to mention about lying on my back or left side because it's worse.

This is a real struggle and I find myself (sometimes) have tears in my eyes thinking of going to bed because I can get so frustrated middle of the night trying to sleep. It's just insane.

So, basically the main struggles now are mainly my eating and sleeping - which are two big parts of life please.

If you don't eat well or sleep well, things go haywire okay - and with the raging hormones, it's a nightmare. Thank God for understanding husband who gives massages without complaining.

Here's to 'anytime' and 'anywhere' now. Hopefully no drama water break in public all please. 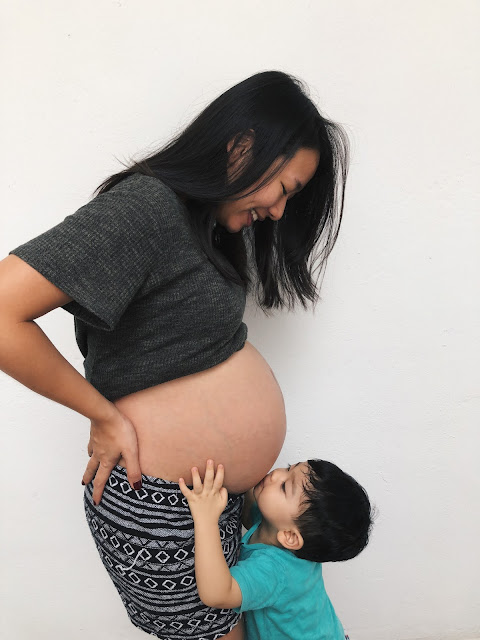 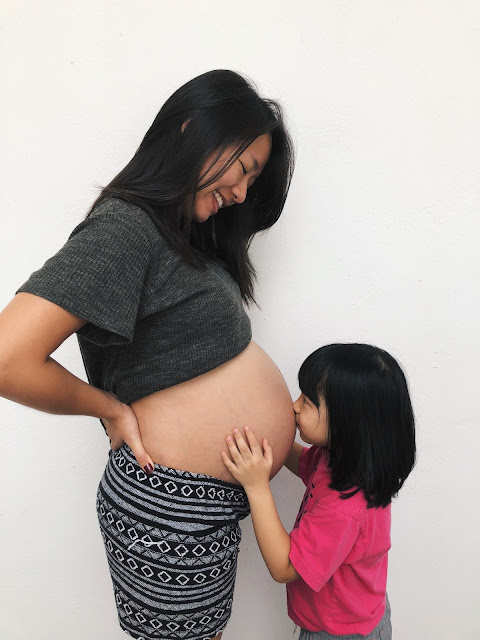 I am so sorry if most of my posts are now related to baby, pregnancy or baby. Heh. It's the season now you know. Heh.

Okaylah, I not very sorry la. I enjoy these things now. Next thing could be cooking or something I don't know. Hah.

Anyways, we signed up for Adventist Hospital's Prenatal Class and paid RM159 per couple for 4 sessions in the span of a week. It was all his idea to attend these classes as he had no experience whatsoever in taking charge of a tiny human being. Neither do I actually, but I did helped my sister with her two kids when they were born and I sort of know what to do and stuff. Hah.

Here are the sessions and what they are about:

Session 4 (2-hours with no refreshments - bring own pillow day) 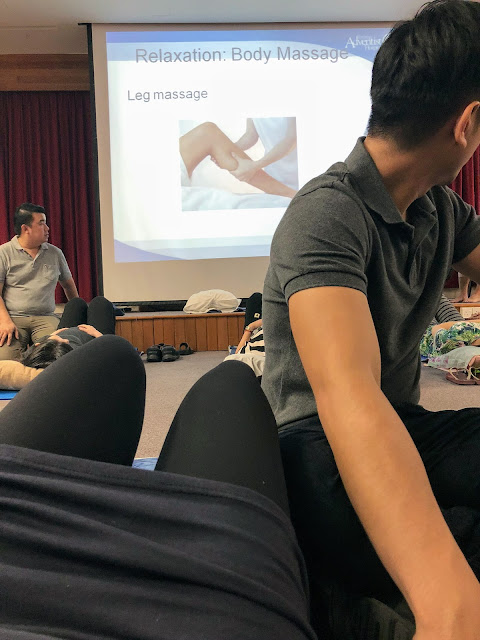 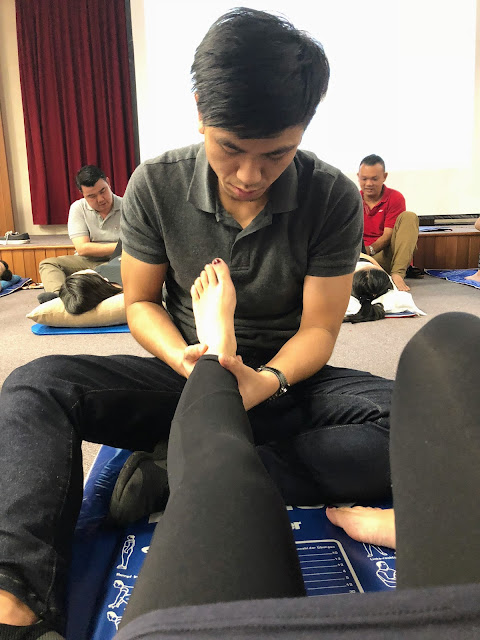 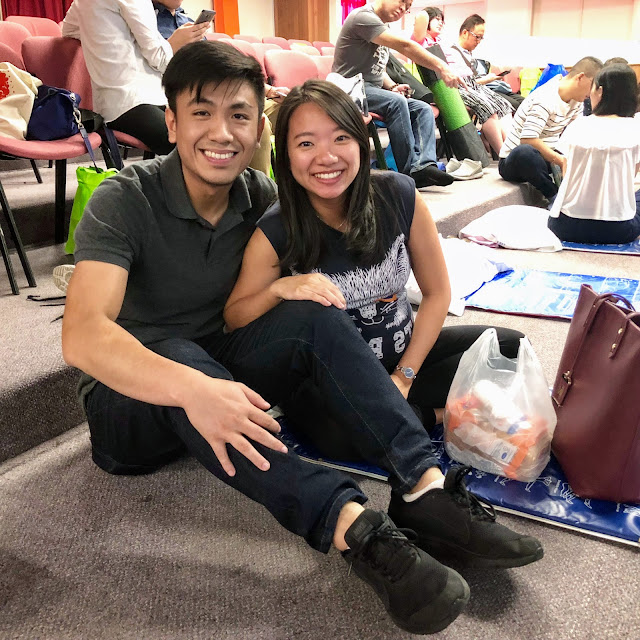 Also, one thing that excites us and we so look forward to everytime we have a class is the freebies they gave out. We will always try to guess what they will give us because it's different everytime. Once, they gave us a bag with a green-box-thing missing in there - we know because Koay was eyeing on other couples and they were all taking photos of it and then we realized we need to ask for it also! #kiasuparentslailiau

I told him that since I am carrying his child, he should take that walk to the registration table and asked for the missing 'gift'. Haha and he did with his face being all shy and red. Heh.

We received so many types of diapers from various brands, food items that are good for mothers-to-be and some baby items like bibs and mittens. 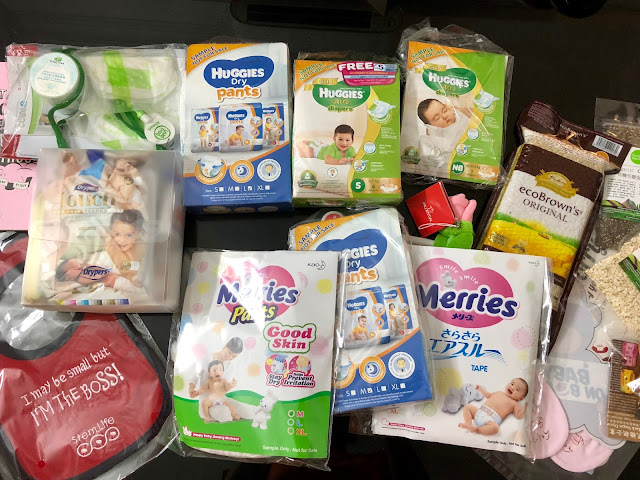 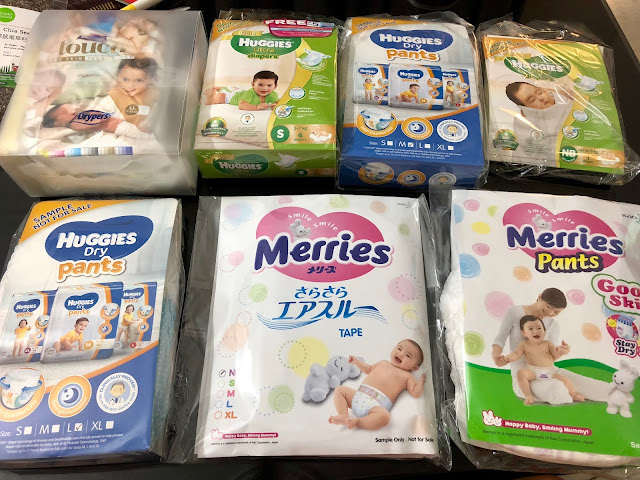 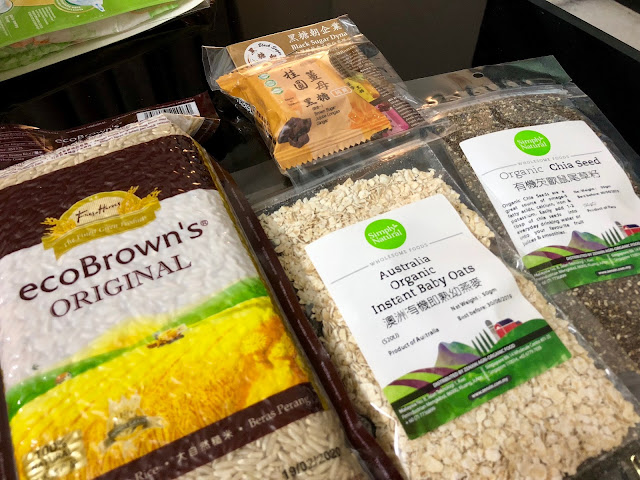 Most mothers-to-be in our classes are in their second trimester and onwards - only a few in their third trimester and probably one 1 couple who is very near to their due date.

I would recommend mothers-to-be to go during their second trimester so you know these useful information much earlier. For example, like the correct techniques for your husband to learn to massage you every night before bedtime or the kind of food that you should take that is good for you and the baby.

Of course you can get these information online, but it's somehow different when you and your partner hears it in person from the pro themselves.

Some couples registered for this Prenatal Class although their usual check-ups are not in this hospital so I guess Adventist Hospital must be quite famous for their Prenatal Class. Heh.