Today is the last day of 2015 and I thought it will be nice to do like a summary of the entire year like how I did for last year.

I'm too lazy and un-motivated.

Maybe I will do one in January, when things get exciting. Hm.

See you all next year :)
By Sarah Khoo
Labels: justRANDOM

I do miss this place a lot.

Too much kind of a lot, but so many things are happening now that I cannot really find the time to sit down and blog.

What I do know is that at the end of the day, God is still good.

Yesterday, today and everyday of my life, God will always be a good God.

This week has been the busiest week for me and as much as I wanted it to be over as soon as possible, that also means I'll have to go through with it and survive.

For him, it was one of those weeks where he can relax a bit but still he's always busy since he loves what he does so much.

Sometime this week, he made plans to go down to KL with a friend for more work-related matters under his annual leave mind you. So, that basically means that we will only see each other once for the next 14-days or so since I'll be leaving to camp soon.

The timing was right on Wednesday when I will fly back to Penang from KL, and him, to KL from Penang, all on the same day.

We made plans to meet up a while at the airport, just to have a glance on each other. Overly attached couple alert. Hah.

I arrived at the airport and called him.

Me: Mister, where are you? I just landed.
Him: I'm here already.
Me: I go upstairs Departure Hall meet you ah? You wait at McD or something lah.
Him: No no. You just come out, can see me d.
Me: Ahh, okay okay. 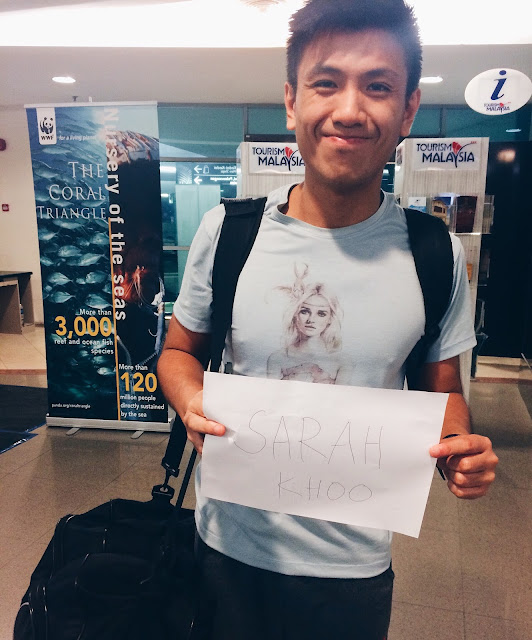 I walked out and did not see any Muthu at the domestic arrival hall. I called him again to check if he was at the right place. Serious.

Once, we were supposed to meet at the hospital for something ( I cannot remember what). We agreed to meet at the canteen but after long calls and stuff, we realized we were both in a different hospital!

Him: I didn't see you coming out also.
Me: What? I'm out like so out d okay.
Him: OHHH! I was waiting at the International Arrival Hall! G!
Me: G!

His plan to 'receive' me failed but puts a big smile on my face that night.

We had quick dinner at Airport's KFC and bid farewell. So drama alright. HAHA!
By Sarah Khoo
Labels: justKOAY, justLOVE

Despite the 'experience' that we had, there's nothing like planning own wedding. The stress level is brought up to 1,000 times more, and as much as people have already warned us about the 'confirm will argue phase', it didn't like make things easier also.

Two months into being engaged, we have so far confirmed the venues and got our dates blocked. DOUBLE YAY!

The other thing that is very important is getting the right people, the right team to be in charge of capturing all the lovely moments, both before and during the big day. Yes, I am obviously talking about photography. I hope we can afford to do videography but we will have to see about that later. Budget is the only subject I wish I don't have to talk about. Hah.

Can you imagine my excitement when we have finally confirmed the team who will be doing on our pre-wedding photoshoot engagement?

THEY ARE THE BEST KIND.

Some of my favorite shots from their FB page here. 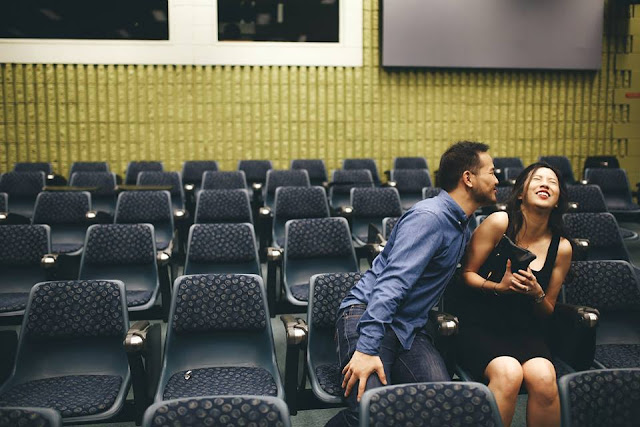 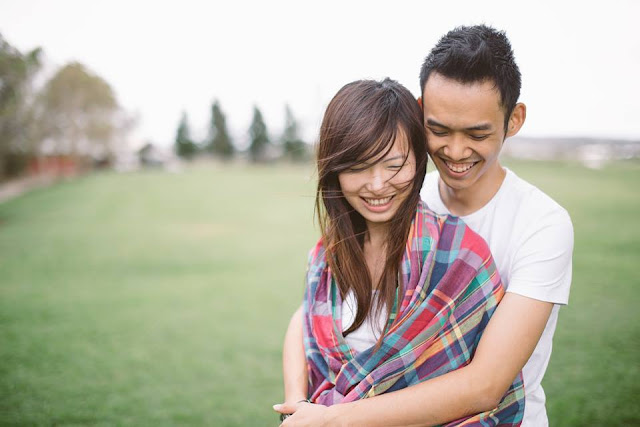 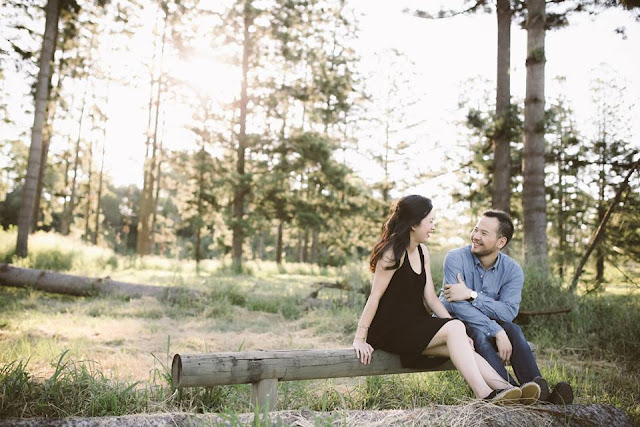 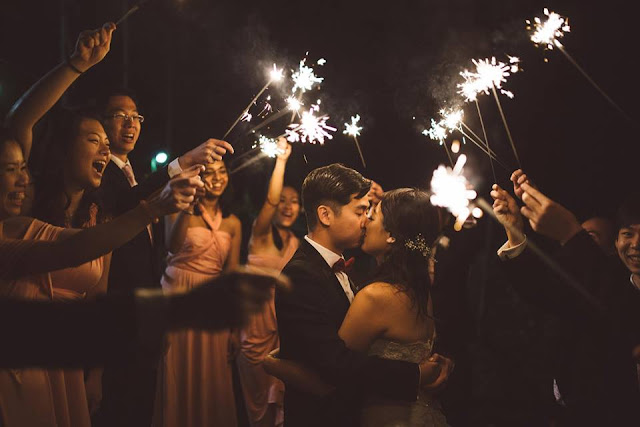 They are based in OZ Land but guess what? No distance is too far for them to help you make your wedding the most meaningful day ever.

I can't wait for the photoshoot already yeah.

When You Say Nothing At All - Arden Cho

If not, it won't be here. Heh.
By Sarah Khoo
Labels: Media

There was this one day when my heart stopped for a mili-second.

I had just came home, and after putting my bag on the dining chair, I walked straight to my room to remove the watch and ring, and to get ready for a warm shower.

The first thing that caught my eye when I switched on the light was this. 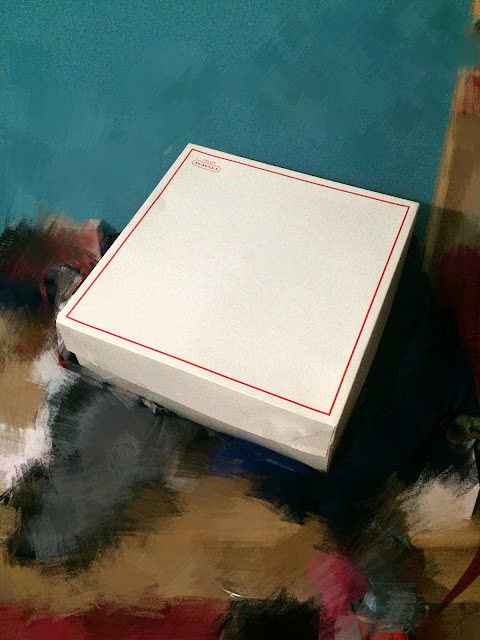 Yes, at that moment, I straight terkejut gila. I have immediately jumped into the conclusion that both my parents had bought this and they decided to surprise me like that.

Okay, wait. I think many of you may not be able to see clearly of the box. Here's a closer look! 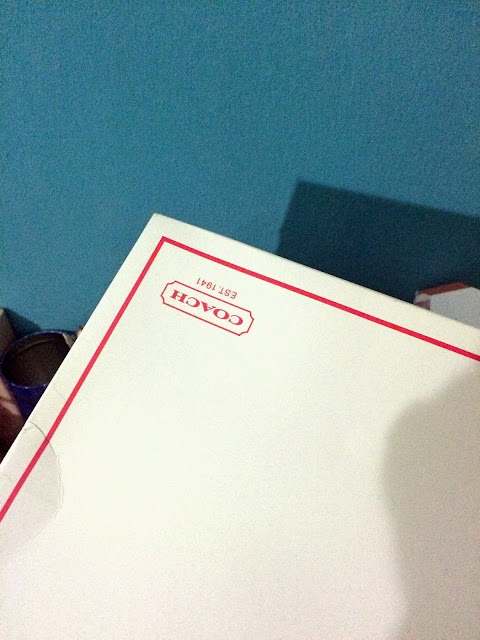 Since I know that they read my blog, where I mentioned about wanting to own this bag sometime ago but I definitely do not have the money to own one now. I HOPE THEY DO READ MY BLOG LA! THEY BETTER OKAY! Hah.

Anyways, when I saw this, I literally just stopped breathing. My parents are always up with surprises when they buy something for us that we really want.

There was once when I wanted to own my own phone and I wanted one with like flip cover phone. So, I saved money but I could only afford a normal phone with no flip whatsoever.

One morning I was still sleeping and all of them walked into my room and woke me up. When I opened my eyes, they passed me a box and when I had finally open it up, there it was.

A BRAND NEW FLIP PHONE IN THE SOFTEST PINK EVER ALL THE WAY FROM OZ LAND.


So, I thought this was a similar experience and boy, I am not complaining at all! Heh.

So when the perfect-not-dented-box was laid on my pile of clothes, I had my 'OH MY GOODNESS' moment.

I even held the box up to make sure it's not an empty box and it was heavy. Not like super heavy or what but there's weight on it.

I stood there for a while, with my heart racing oh so fast punyalah F1 driving style.

I opened it up slowly.

GUESS WHAT WAS INSIDE.

Sorry no photos because I just totally forgot about taking photos after seeing its content.

Can you all just take a guess ah?

I some more held my breath so long when I opened it. FUNNY LAH.

It was a box filled with mom's Christmas ornaments.

Yep. ORNAMENTS. WHAT COLOR ALSO GOT. ALL KINDS OF SHAPE PUN ADA.

I had the second longest 'WHATTTTTT' of my life in my room.

Definition of putting hopes too high to only have it crushed to the floor. Heh.

After that straight no mood for hot shower already. Quick shower got lah. Hah. Oh myyy. I guess that was the closest feeling I felt to owning this one. Heh.

Anyways, yeah. I wonder how many of you actually experienced the same thing? Like the content is not what you want it to be and stuff. SO BAD RIGHT THE FEELING.

When I think of it again, I confirm will laugh, like now. Oh myy. Dumb dumb me.
By Sarah Khoo
Labels: Zero Sense
Newer Posts Older Posts Home
Subscribe to: Posts (Atom)