What Kind of Parents Are We? 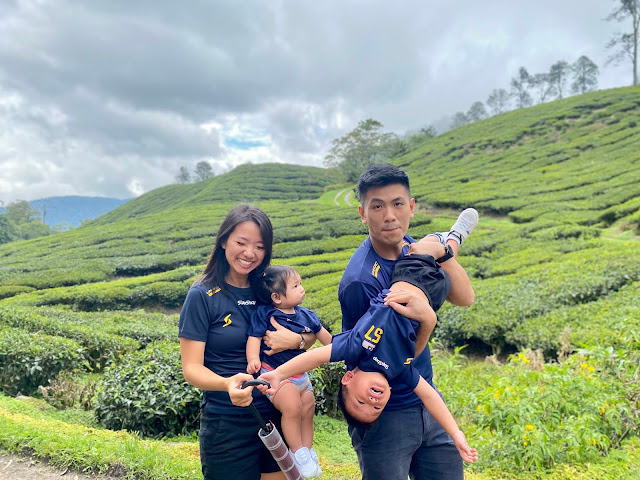 I have been wanting to answer this question since Alex turned one but never had enough blogging-mojo to really do it - until now.

I mean Sofia is going to be one, in 42 days' time and this is my second-born child we talking about. Like hello - if this does not make you think that time really passes by too quickly, then I don't what does.

It has been such a fulfilling year since we grew from a family of three to a family of four - we have had tough days but usually, these tough days are easily forgotten at the end of the day when we lie in bed with our kids. Worth every hardship, please.

Anyway, Adrian and I are constantly surrounded by people who genuinely care for our kids and we are ever so grateful for them - family, friends, clients, and strangers turned friends on social media.

That being said, we also realized that many of the people we meet (and have spent time with) often have different ways of parenting and it is really interesting because there are just so many things that we could learn from each other - voluntarily and with zero judgment of course.

So, here are just some of our "parenting tricks" that we have up our sleeves - some of which we copy-cat from people, and some others, we just use our common-sense and logic, and others, based on our experiences and we just adjust here and there. Hah.

Note: please know that other parenting styles are also legit and this is not for comparison whatsoever.

Here are some FAQs that we have received so I'm going to try my best answer them in that way okay.

1 - HOW DID BOTH YOUR LIFE CHANGE BEFORE & AFTER KIDS?

When we found out that we got pregnant with Alex (2-years ago), the first thing that we discussed and agreed on is not his name. It was that we will be the kind of parents where our baby will follow our schedule and adapt to our lifestyle instead of the other way around.

Please don't get me wrong. We know that our life will be changed the moment we decided to have kids - we expect our lives to be changed for sure but we agreed that we will not be "tied" to a strict schedule that we lose the freedom to "live" our lives.

With that being said, our kids do not have a strict-must-sleep-by-certain-time schedule at night. Since they were born, they will follow us out (pre-Covid-19) at night when we have dinner plans outside with family and/friends and I think because of that, both of them are very adaptable to different environments and timings. We need them to be because we didn't want to be tied down to staying at home past normal bedtimes and so far, it has worked really well for us.

Of course, we don't do it often (back then), and now, lagi less because of the pandemic. They both go to sleep at about 8PM now but if we have people over at our house for dinner, then they both will be awake and socialize till when they are tired and wants to go sleep.

Oh and I think because we have been doing this since they were born, they can fall asleep in the room with the party noise all around. This is really one of our proudest agreement together - both Adrian and I. Heh.

We both believe that caning our children when they do naughty things is legit. We do not do this often with Alex (Sofia is still too young) because overall, he is quite an obedient kid. We only bring out the cane when he purposely does things that he knows is not right - for example., throwing his tantrum by throwing items on the floor and refusing to pick them up.

We will wait until he is more settled, then we bring out the cane and tells him that it is wrong and because he did a naughty thing, we have to cane his hand and reminds him not to do it again. It is still a work in progress because we are starting to realize that when he is upset, he does not know of any other way to "project" his anger so he picks up a random toy and throws it. Somehow, he feels better after that.

A lot like adults to be honest. Like when we get upset, we "throw" our words and we don't care if it is going to hurt anyone around us. We just "need" to do it because we need to release our anger and frustration.

So, with Alex now, whenever he throws an object because he is frustrated, we do not bring out the cane immediately. We will ask him nicely to pick it up and oftentimes, he will say, "No!".

I will usually sit with him until he cools down and realized that no matter what, he has to pick up that item because his mother can and will sit with him till he picks it up. My son is stubborn - but he better not forget where his stubbornness comes from. Heh.

On days where our patience is not so high, he will get the cane for being naughty.

We always explain to him whenever we discipline him (with or without a cane) because we want him to understand that there is a reason for every caning (or lecture). We want him to understand that every time he decides to do something, there is always a consequence that has to take place (whether good or bad). So, if he decides to be naughty, then he will get the consequence of being naughty la.

I don't believe that by beating him (with a cane, or with tiak), he will then pick it up and do to his fellow peers because we have seen children who do all that and they never got beaten or caned by their parents.

So yeah - both Adrian and I use the cane to discipline Alex and so far, it works because he knows that the consequences of doing things that he is not allowed to do are a pain. Hah. Works for Adrian and me when we were growing up. Hah.

This one very funny, please.

When Alex turned 6-months old, I got so excited and went out to buy ALL organic items and it caused such a big hole in my pocket. Then, we realized that organic or not, it is still food and all same wan, please. Why are we paying double the price for an avocado that will taste the same to them? Hello - he is 6-months old, he is not gonna know the difference if he was eating an Australian avocado or the local one.

Since then, we always only buy the normal kind of snacks, fruits, and baby-foods for them. But I realized most baby snacks are all labeled organic so no choice la. But if got a choice wan, then we will opt for normal kind.

4 - HOW DO YOU TEACH ALEX MANNERS?

It is so important for us that our kids know and ace in simple basic manners - like please and thank you. I had long thoughts on how we were going to "make" Alex know his manners because I feel that this is so important.

We will not force because then it will become something they are forced to do and they will hate it. It has to be something that he does on a daily basis and loves doing them!

So, what we do is that every time Alex asks for something, he has to say please first. Most of the time, he will say please but on days when he does not feel like saying please, we still give it to him anyway. Because again, he should not be "punished" just because he didn't say his please.

My usual conversation with him (when he doesn't; say please) is like this: 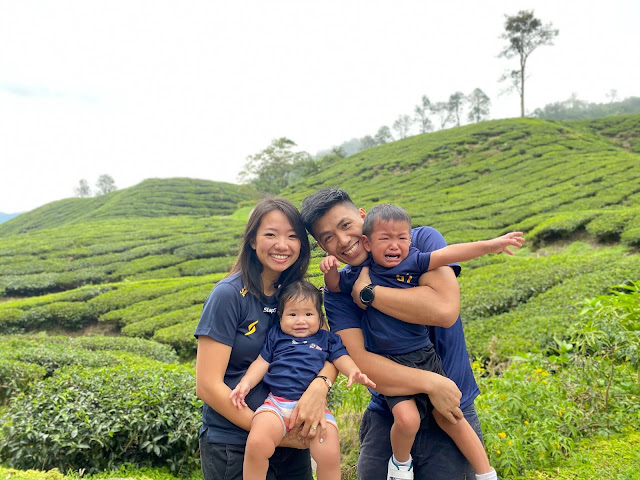 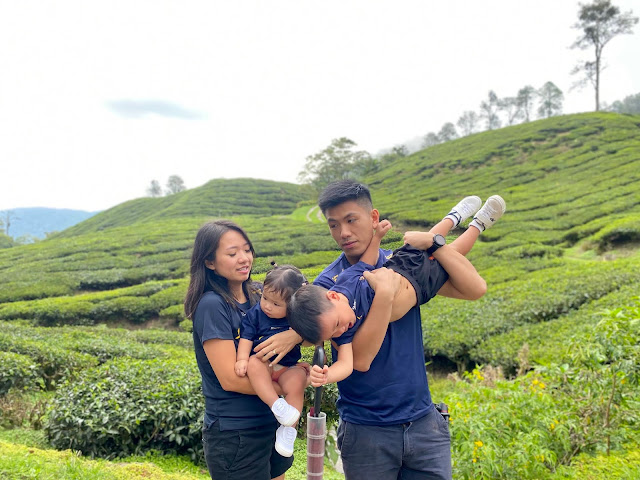 So yeah - I cannot think of any more so these shall do.
Our parenting "style" is a lot of preparing our children for the worse kind of scenario (like losing their parents) and having the ability to take care of themselves and their siblings. In this case, Alex taking care of Sofia (physically, mentally, and emotionally) if one day something bad happens to Adrian and me. We never want that day to happen but we need to know that our kids are independent and can take care of themselves.
I took this quiz and apparently, the result came out and I am a FREE RANGE MAMA! You can try this quiz on your own and see what you get and if it is spot on!
Spot on, to be honest. Heh.
Till next time, bye now.
By Sarah Khoo
Newer Post Older Post Home