It's really not supposed to be a big deal getting old, right?

I don't know why it gets to me everytime it's near my birthday. Every single time ever since I hit the big 2 and  big 5. Oh! This post is very outdated. My birthday was 13 days ago. Only had time now to update on it.

Anyways, I didn't want to do anything big this year. I just wanted to have a good meal with my family and just hang out at home. I also didn't want to like have countdown and all that sort of stuff since tua han liau ma right? Heh.

The night before, mom surprised me with a homemade chocolate cake just before 12am. Definitely didn't see that coming! 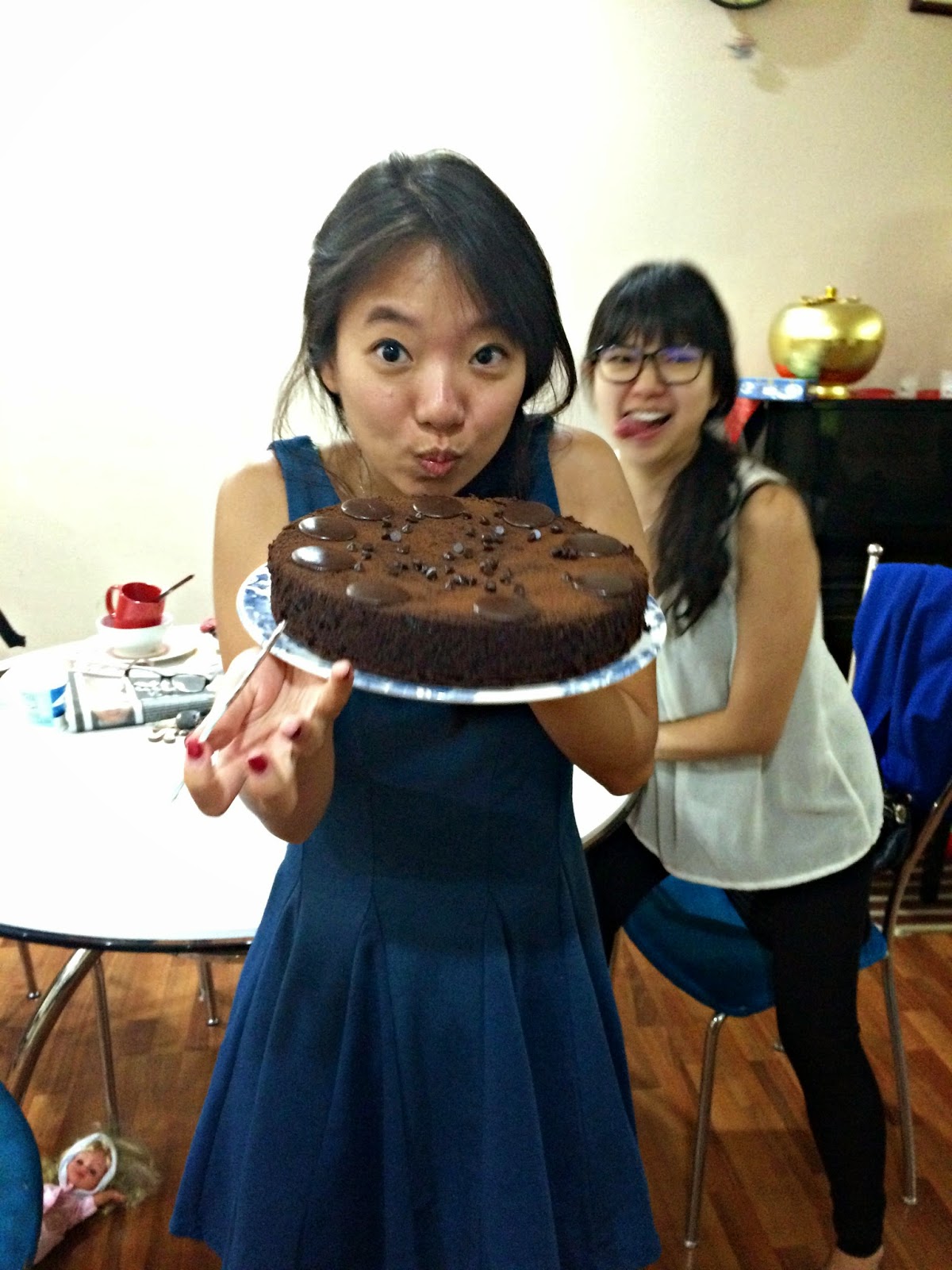 I was greeted with the most comforting smell and loveliest sight on the table. My birthday breakfast! :) 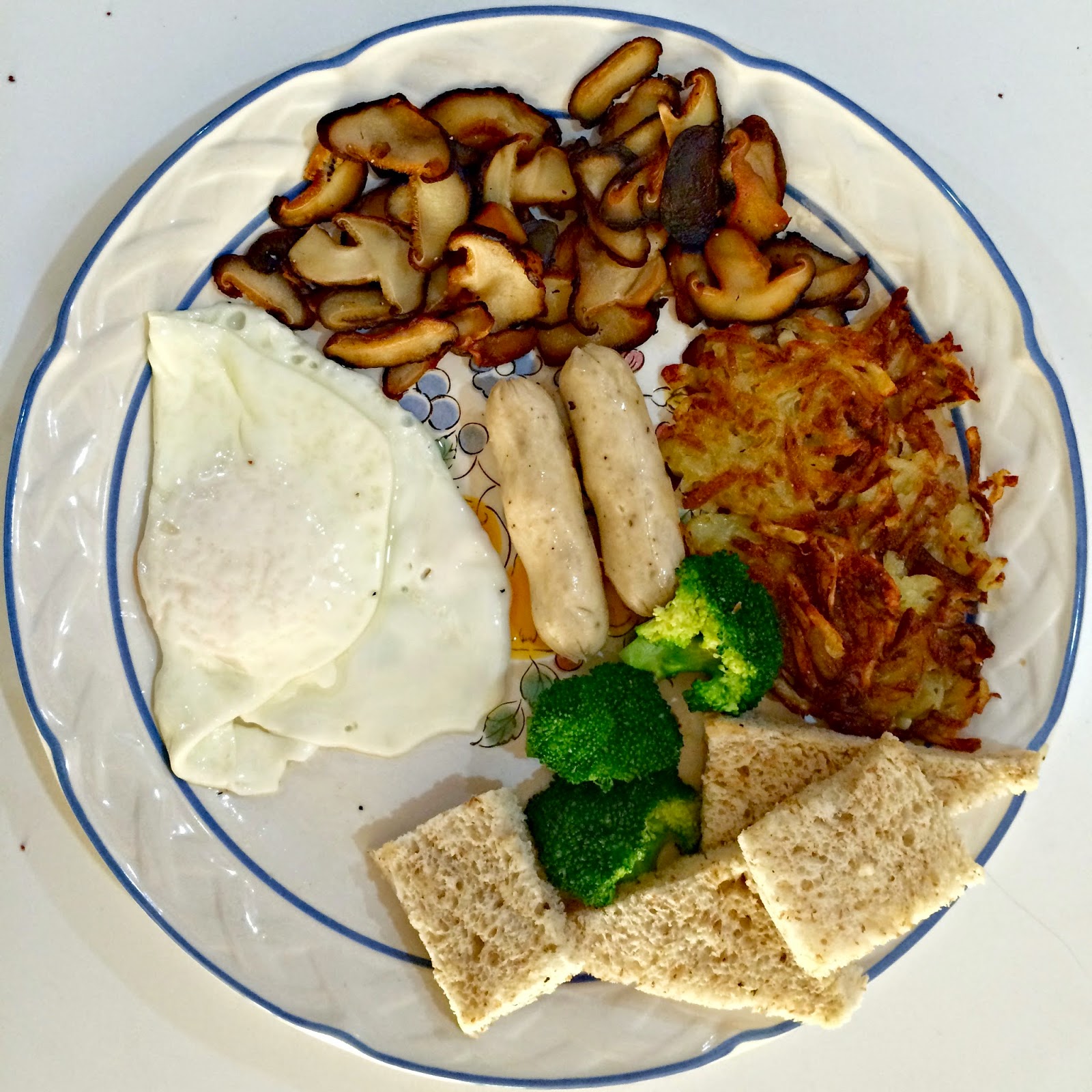 Initially, Koay wanted to take me out on a dinner date that day but I refused because I wanted to celebrate with my family. He insisted so I told him to let me discuss with my parents first.

I asked my mom and she was like saying that I can eat with them on another day since Koay wants to take me out. So, I kinda let it be then.

I remembered coming home after work and feeling so worn out from all the driving around. We left for dinner earlier than planned because I just wanted to eat and get home and sleep. Hah. Sad right my birthday.

He booked a table at Route 9 and I didn't really want to eat western food that night and was kinda trying my way to make him change the dinner venue. He kept saying, "Booked d lah. Cannot un-book" to which I replied, "Nvm, I will call them!"

Obviously that didn't happen because he kept saying he wants to eat there. At this point, I didn't suspect anything. I told him days earlier that I didn't want to have any surprise party whatsoever cos I just didn't want it.

We sat down and I ordered a few side dishes since it was my birthday and I also had steak. Yums. I finished my main course and he still has his WHICH WAS EXTREMELY WEIRD because he always finishes his food faster than me! ALWAYS!

He kept saying that he's so full already and he's just forcing himself to eat the remaining chicken. I BELIEVED HIM OKAY! He is on a healthy diet now ma right. Hmm. 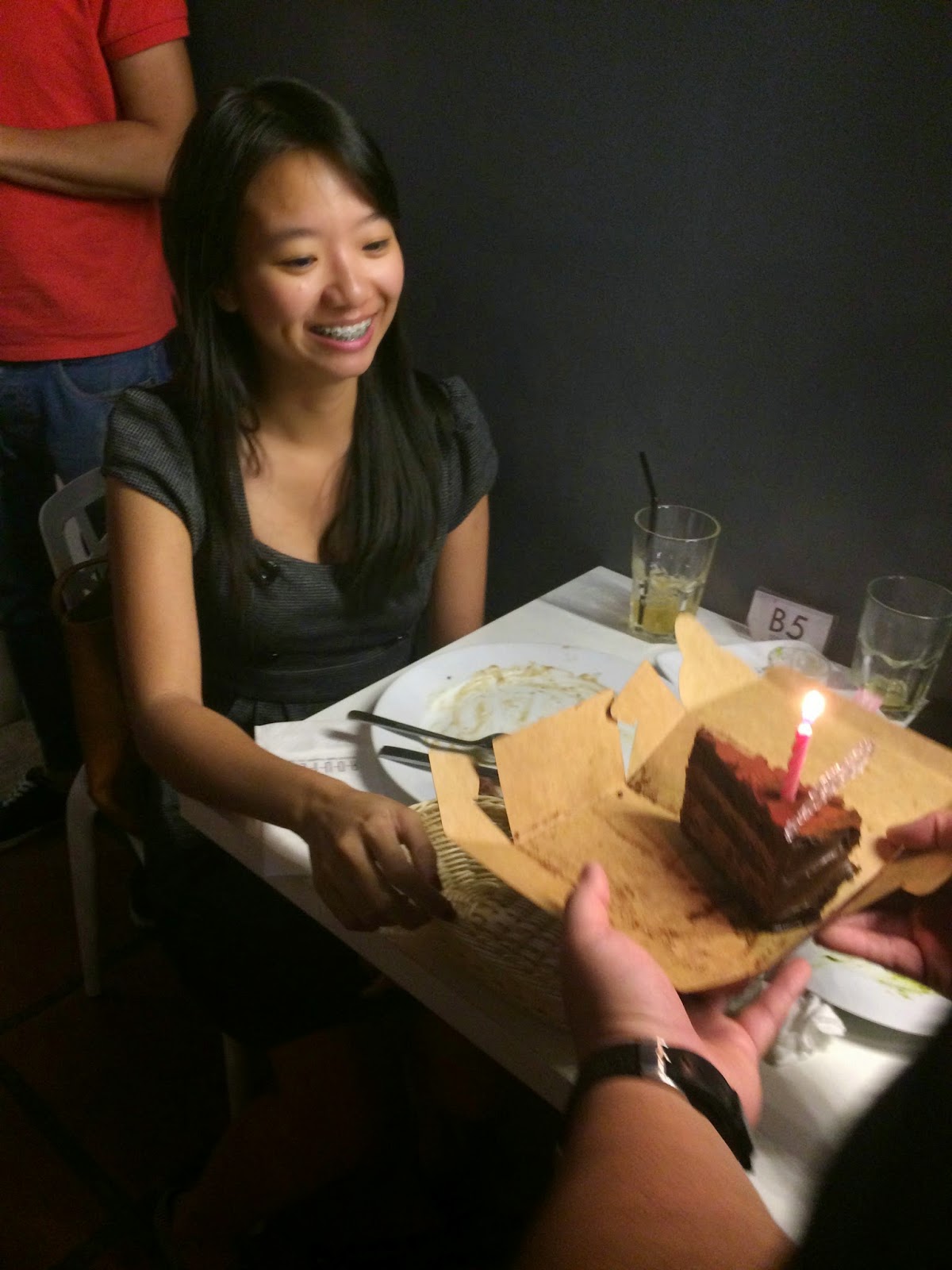 We were looking at my phone, scrolling through photos of our upcoming holiday when suddenly, a group of people appeared behind me and started singing the Happy Birthday song. For that split second before I turned, I actually thought someone else is also having his/her birthday dinner there!

Not until when I turned and see those familiar faces. I turned back to look at Koay and then it all started to make sense. No wonder he kept smiling when I was finishing up my dinner! He was laughing because he could see them hiding behind that glass door! Yet, I didn't suspect anything. Hmm.

I was shocked. Surprised. Yes, a very successful one indeed. I thought I'm a very good detective when it comes to sniffing out these kind of surprises. I guess not so much hah.

Thank you guys for coming :)

They sat down and had their dinner there as well. I kept asking questions because I didn't think Koay could have pulled out such a thing without me finding out about it. Heh.

So, basically my mom had this idea and got both my sisters to plan it out. Apparently, this has been ongoing secret mission for weeks before.

I'm sorry for those who were not 'invited' as I understood that it was limited to about 10 people only or so. My parents paid for the entire night's meal and I had no clue whatsoever about it at all prior to the night.

I was really shocked.

Needless to say, I was a very happy girl that night. VERY VERY HAPPY.

I have the best parents and sisters in the world.

That pretty much concludes on how my one day before and exact day birthday went. It was best one so far.

Then again, every year i said the same thing.

Here's to another great year ahead of me! :)
By Sarah Khoo
Labels: Events
Newer Post Older Post Home