I have waited years for me to finally sit down and write this post - to say in this safe place that I finally did it.
And I really did.
It was such a long journey to get to this destination - and there were two main reasons for it.
First was the fact that it is very expensive - like five-figures expensive and it would take me so long to save that kind of money because I have zero discipline whatsoever. The second was that I became pregnant very quickly after getting married (intended to of course) and then got pregnant again (very quickly too) with the second baby before Alex even turned one. Then, with breastfeeding and all, it was on hold for longer than I had wanted to.
My piggy bank has not grown a lot also actually but it was enough for me to proceed with it because Optimax Penang has zero interest installments heh.
I was mentally ready to get my vision corrected and to not rely on contact lenses and glasses anymore because, for too many years, I have been really dependent on them.
Enough is enough. Hah.
I have gathered enough information from the internet and friends to know the can-dos and cannot-dos and what to do before scheduling an appointment.
Ten days before I plan to call Optimax Penang to schedule an appointment, I had already gotten rid of (kept in the drawer) my monthly reusable contact lens and was wearing glasses only - 24/7. It was uncomfortable and my vision was not super clear.
But of course, I had to endure it heh - worth it la, please.
On the day of the appointment, Vanessa went with me because I was told that I would not be able to drive after the detailed eye checking and testing. The tests were all painless. For the final eye examination, they had to dilate my eyes (sounds like giving birth right? - check dilation and all heh) so that my pupils will be bigger and they will be able to check thoroughly the condition of my optic nerve and retina.
This is also painless. They put some drops onto both my eyes and waited for like 15-minutes and I was ready to go through one last check. One thing I hate most about this pupil dilation is that my vision turned super blur and I had to see everything very near - like I could not see my phone screen unless it is right in front of my eyes and I have to remove my glasses - not convenient at all.
That is why they asked for someone to get you home because there is absolutely no way you can drive home after having your eyes dilated. No way at all. Please don't gau-gau try all. Cannot means cannot liau.
After all the eye examinations are done, I went into the office with the Optometrist (mine was Yeong) and he explained everything he found from the tests and he also went through with me the three Lasik Eye Surgery there is in Optimax Penang - then he would recommend which one he thinks its best for my eyes.
FYI - not everyone can get their vision corrected via Lasik eye surgery okay. If your cornea is too thin, then you are not able to ever get your vision corrected via Lasik. Maybe got other kinds of 'treatment' but I was not told because my cornea is quite thick.
And I know you surely want to know what can cause your cornea to get thinner - the answer is nothing. It's genetic. You are either born with a thin cornea or a thick one. Simple simple.
The normal range for cornea thickness should range from 470 microns to 630 microns. Mine was at 580 (left eye) and 583 microns (right eye). Phew. Yeong also mentioned that the cornea cannot be too thin after the procedure and mine would be left at about 463 microns (for both eyes) after the Lasik surgery so it is all still good.
I was genuinely afraid that my corneas would be too thin for the procedure - because then I would be for real stuck with glasses and contact lenses my whole life, but thankful that it was not the case.
Also, if your cornea is funny-shaped like not full healthy kind, they will also not proceed with any Lasik treatment for you. Hence, it is very important for you to do an eye examination before getting your hopes too high.
Once Yeong shared with me the good news - he proceeds to explain the 3 Lasik procedures of which I will summarize (sort of) below. 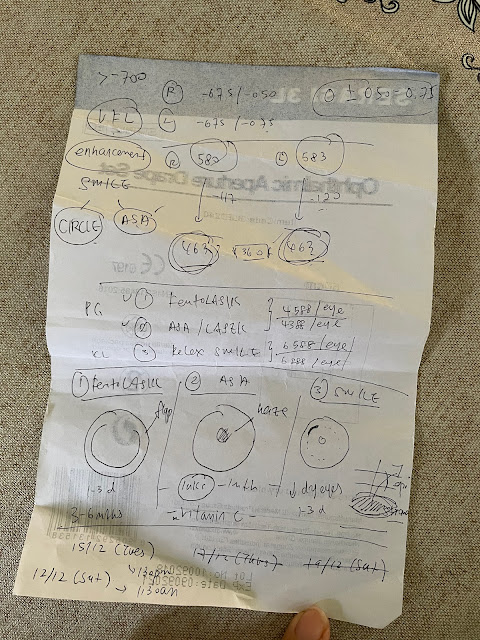 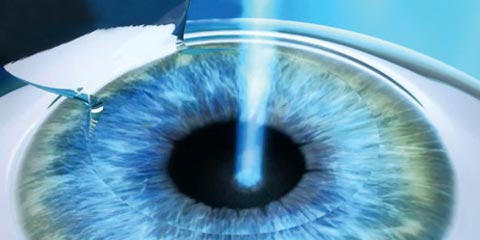 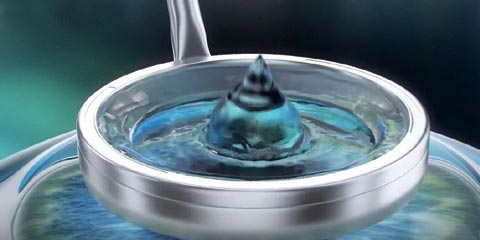 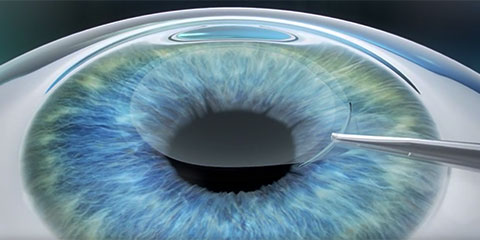