Will You Marry Me : His Side (Part I)

Everyone, let's all stand up (okay, not literally!) and applause please, for the boy has stepped into the blogging world on the personal side. That also not very voluntarily. Heh.

Please read many many times because he wrote all of this by himself, and since he left college, it's been real pain to get him to write an essay longer than a paragraph. So please please appreciate this post. Hah.

Over to you now, Mut.

So, I have decided to "ring" her. Not the phone call ring but the proposal ring. After a long time of surveying on which ring to buy with her from one shopping mall to another, I realized that her taste on ring is a bit weird. Good thing is that I always tell her that I can only afford to get her a RM300 worth of a ring and she was always OK with it! How blessed I am!

Of course, every time Sarah and I went to see the ring, we didn’t buy. Tengok jer. Nevertheless, I planned with Rachel secretly to get the ring because I thought Rachel’s taste will be a lot better? Hehehe!

It was on the weekend when Sarah had to work at the MITM Fair or something, Rachel the tester, Kah Wei the diamond pro, aneh Nehemiah, princess Sha Lynn and I, went to hunt for THE ring for this lady. Had dinner with them at Queensbay Food Market before starting to hunt for the ring.

We went to many many of the jewelry shops from one end to another, and finally we found the one! My type of ring and Rachel liked it too! The guy showed us how good the diamond is and there is even a very tiny code on the diamond itself!

After buying, the problem is who was going to keep it? Rachel or myself? As you know, Sarah Khoo suspects a lot. Simple things also can suspect.  At the end, we've decided that I will keep it somewhere in the mountain top far far away, two feet underground.  Yes, I kept it in my room. Somewhere =)

Told Jack and Andrew that I was planning to propose during the trip. Two quite different reactions actually.

Jack was like “Serious ah??” during supper after training and Andrew kinda predicted it when I jio-ed him out for sushi!

Told both of them that die die also have to keep it as a secret even from their gfs, Carmen and Beverly.  You know, to reduce the risk of “pua kang tao”.

Also, I invited Sarah’s family for lunch one weekday when she was away in KL for training. It was a good lunch and I told them about the plan to propose to Sarah but I didn’t tell them when. Rachel suggested that I propose to Sarah during her house warming.

Where got people propose during other people’s house warming one. At least she offered lah.

To SARAH KHOO: Massage dulu ya. 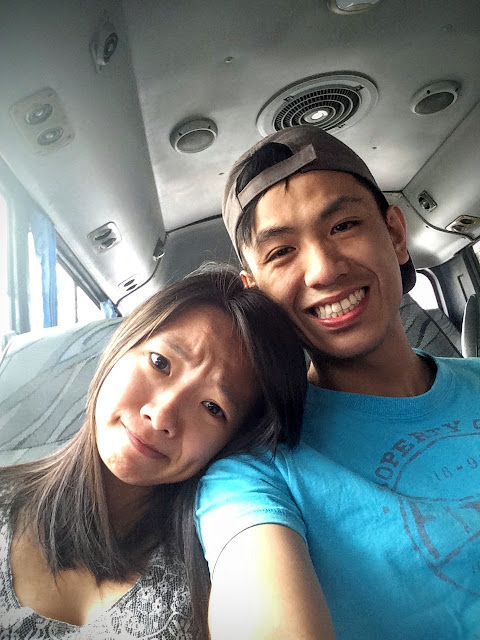