You know, every once in a while we like to do random spontaneous things and what better day to do it than on a Sunday right?


It was so random that I'm going to try make sense of how we even got to that idea.

So, we were all having lunch at KFC and making small conversations here and there and I seriously cannot remember why I suddenly said, "Ehh, let's all go Balik Pulau now lah! Go see goats!"

How random was that?

I think maybe we were talking about animals in general then someone must have said goat or something and I guess that triggered my mind. Hah.

So, we talked and discussed whether to seriously go or just go home sleep. In the end, half of the lunch-gang decided that it shall be a go! We all met at my place and carpooled. Total of 9 human beings in two cars.

Balik Pulau isn't very near so I would like to call it a roadtrip if I may. Heh.

Who needs a Sunday nap when you've got a bunch of humans to interact with for the afternoon?

The only plan was to go the goat farm and with Google, we were given two choices. Audi Dream Farm or Saanen Dairy Goat Farm. We chose the former because apparently Saanen has very few goats and nothing else to see.

The original entrance fee was RM7 but we told the man that we're only students so in the end he gave us half price. Okay wait. Not half price. We only paid RM5 per person. so, that's like 30% discount. Win also lah! He also gave us a few packets of fish/duck food so we can feed them animals. So double win. Hah. 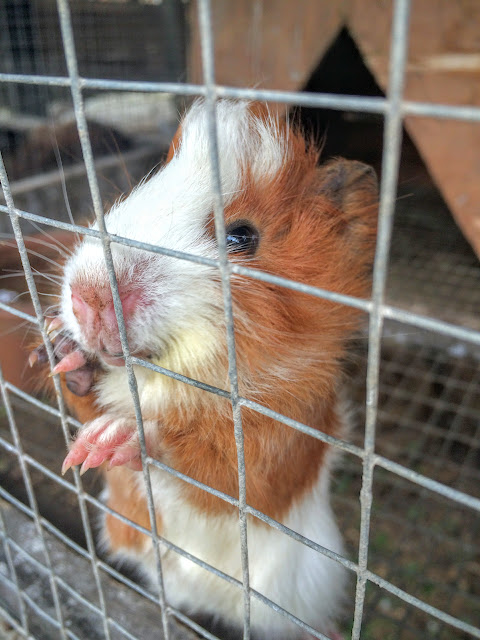 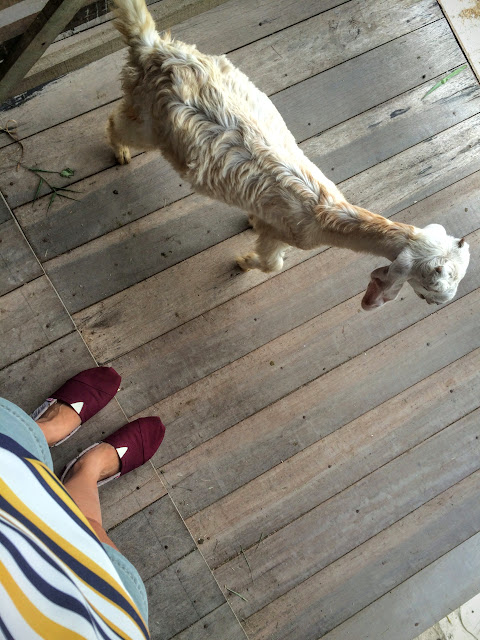 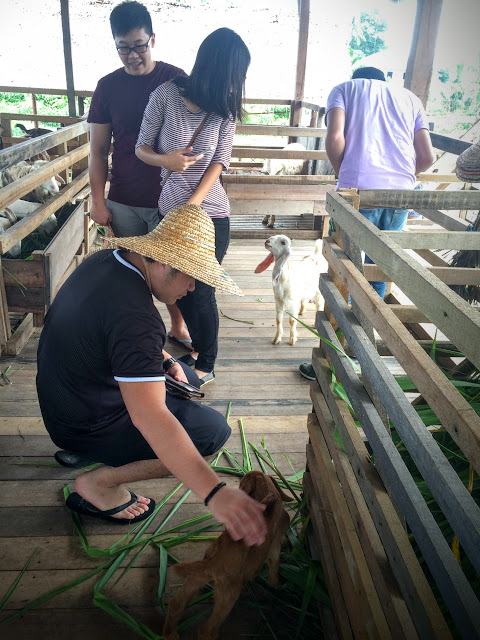 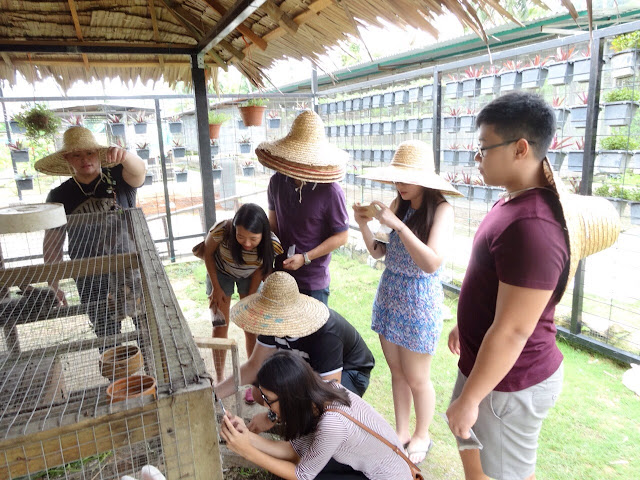 After touring around the area, it was still quite early and since we drove all the way there, we brainstormed for places nearby that we can go, as a tourist. Hah. The boy soon came up with this. 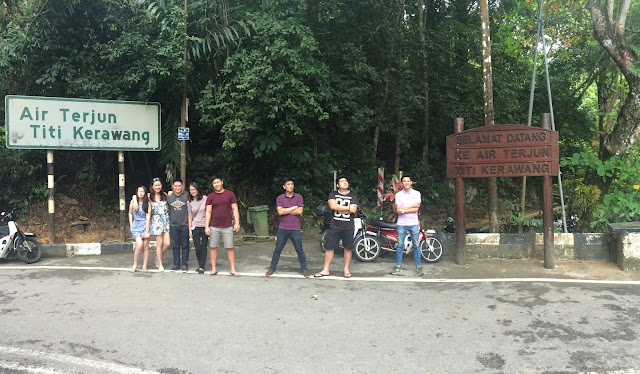 Yes, there is a waterfall place in Penang in case you didn't know about it and its situated at Balik Pulau. Many of us only found out about that place that day also. So no worries, you're not the only noob here. Heh.

When people say Balik Pulau, few things sure come to mind. First would definitely be LAKSA, and then DURIAN, and then GOAT FARM. Now, let's add TITI KERAWANG WATERFALL into it!

I bet you heard of Titi Kerawang Waterfall before but perhaps you have never been there. It's quite a nice place to go chill actually, provided you don't go during weekends or public holidays. The place is quite small so you can imagine how crowded it could be.

It was indeed a Sunday well spent. It's this kind of Sunday that makes Monday so blue. Good times always pass quicker than normal times. Heh.

I think every once in a while when a group decides to do random things/trips like this, the bonding becomes even stronger and you get to know each other a lil better. I love love love this kind of stuff. Even better when we can travel elsewhere together, Best okay.

Speaking of which, we have exactly three more weeks to our backpack-around-Asia-adventure! I am super looking forward to it. The tough part has got to be trying to squeeze everything that I want to bring into that backpack. Oh dear let's not think about that first.