It's not the end.

This is the real the end.

We traveled back to Chiangmai with the Green Bus and stayed a night there. Can I just say that was the worse bus ride we ever experienced? We all were so close to kissing the floor of the bus station when we arrived. Goodness.

Of course before we leave, we've gotta have Maechan Coffee first. I like mine to be Caramel please thank you :)

The view from the balcony of where we spent a night before flying back to KL the next day. Riverside Condo, which I booked through a website called www.airbnb.com. I really like to use this website because got so many photos and then you can search according to your preference and how many people staying etc. Love it. The apartment where we stayed was beautifully decorated and very modern in style. It's proper and there's internet provided. Whether it's "clean" in that sense, mystery. We shall not go there. The price also quite okay. Since there were 6 of us, we only paid about RM42 per person for a night. So, if you have like big group staying together, even cheaper!

After checking in, we walked around to find lunch. We have no idea where we were heading but the moment we saw a makan place and it smelled superb, we walked in and sat down and ordered. Penang people must never go hungry like that. Hah. That was about 3-4pm if not mistaken.

After lunch, we decided to head back and rest for a while before heading to the famous Chiangmai Zoo. Pastor Cowan went before so he didn't wanna join us. He continued walking around looking for more food. Hahaha. Our Fu Fu!

Initially, we were told that the night safari costs about RM50 per person. We were extreme careful with our Thai Bahts that time because we wanted to make sure we have enough to shop at their local night market which was next in our itinerary.

Manatau, it was RM80 per person! Expensive like crazy! Then again, Fu Fu said that the zoo very nice. Could be even nicer than Singapore Zoo. SINGAPORE ZOO you know! So, of course we proceed with it lah. Since we traveled so far d from our hotel to the zoo.

Andrew with the baby jaguar. I was holding it before him and wanted to take some photos but his nails are crazy! So painful and all he did was just trying to stand properly on my shoulder or maybe I didn't know how to hold him properly lah. Crazy painful so I give up.

Can only admire like that. Baby jaguar okay. Although he looks like just an ordinary cat with black spots. Haha.

Apparently, they have time allotted for sessions and stuff. The first is some cowboy show. The show that almost got me super angry. Nothing one! Just some guys with cowboy hats throwing fake guns around and spinning some ropes. We walked away and took more photos with some other animals.

Then, we followed the crowd and it was time for train ride to the herbivores side of the zoo. And the carnivore side. We bought vegetables, thinking that we're going to feed them in their cage. How wrong!

Some animals (the bigger ones) are in their own area where they are not allowed to come out and stuff, obviously but others like zebra, giraffes, wild boars and deers are all walking freely around us. Yes, AROUND US. See the photos and you'll know what I mean. A bit blur because it was really dark and our train was moving slowly.

It was super fun but also very scary because they came so close to us, like super close. One of the giraffe's tongue almost licked someone;s face THAT CLOSE OKAY! So funny.

You can't see it here but those are mini wild boars. I mean baby wild boars. SO CUTE! They followed our train all the way until to one main gate.

Anyways, after that we went to the famous night market and spent about an hour trying to reunite with Fu Fu. Apparently, there are a few night markets and they are all not that near to each other if by walking. So yeah. We met up, shopped till the stalls close and even when they close d, we still continued shopping. Haha. Things are quite cheap there. Quite.

The man whose mom made the pants that they are wearing/holding. Super comfortable and super unique.

Can you believe it that we didn't have dinner until it was 12am? Yeah, we only decided to eat after all the stalls closed on us. So, we walked to 7-11 and got our dinner there. Not a problem okay. Anytime can just have a meal in there. Best 7-11 seriously. We tapau-ed and walked back to our hotel which was SOOOO FAR! No kidding! I think we walked for an hour. No joke.

We slept at 1-ish and woke up at 5-ish. Checked into the airport by 7am. Then, we ate at Black Canyon. Heavy breakfast. Heavy but pretty yummy. Oh, I also bought a pair of those comfy pants, not the same style though. Only RM15! Should have got for my mom and sisters each.

Fu Fu was obsessed with Pad Thai the whole entire time we were in Thailand. OBSESSED I TELL YOU! Haha. Fu Fu, don't eat d!

That day, we were walking zombies. So, anytime Koay can get to nap, he would. We wanted him to sleep more because he was going to drive for 4 hours from Kl to Penang. Tiring day indeed.

And that, my dear friends, is the end of the trip.

Though it was tiring, but it was one of the most memorable and meaningful one. I have never experienced something like this. Going on vacation is great but going on vacation and serving His people is even better. So fulfilling, so complete.

Thank You Jesus for providing us on this trip. You rock our world :) 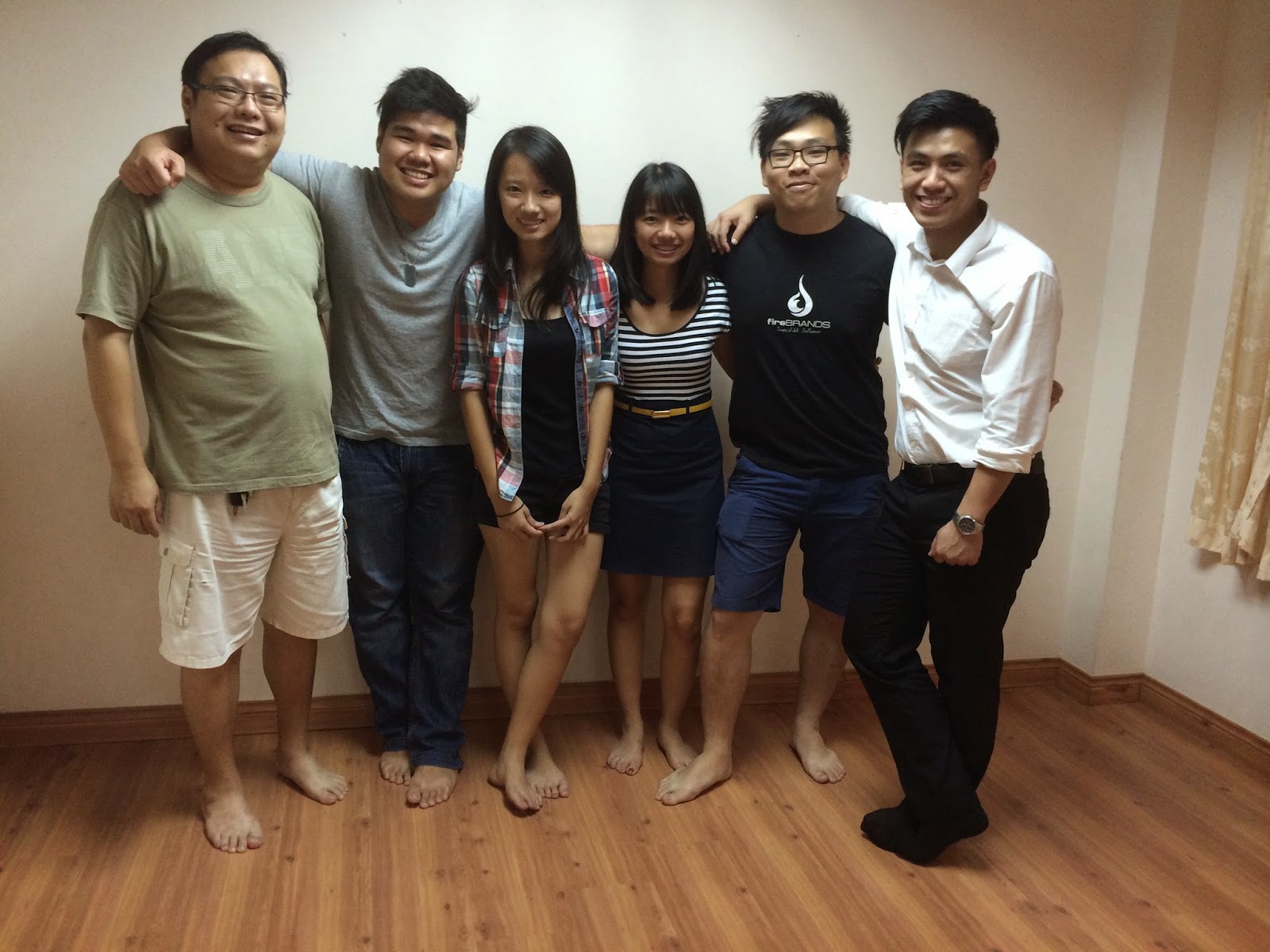