That Promise - A Short Story. 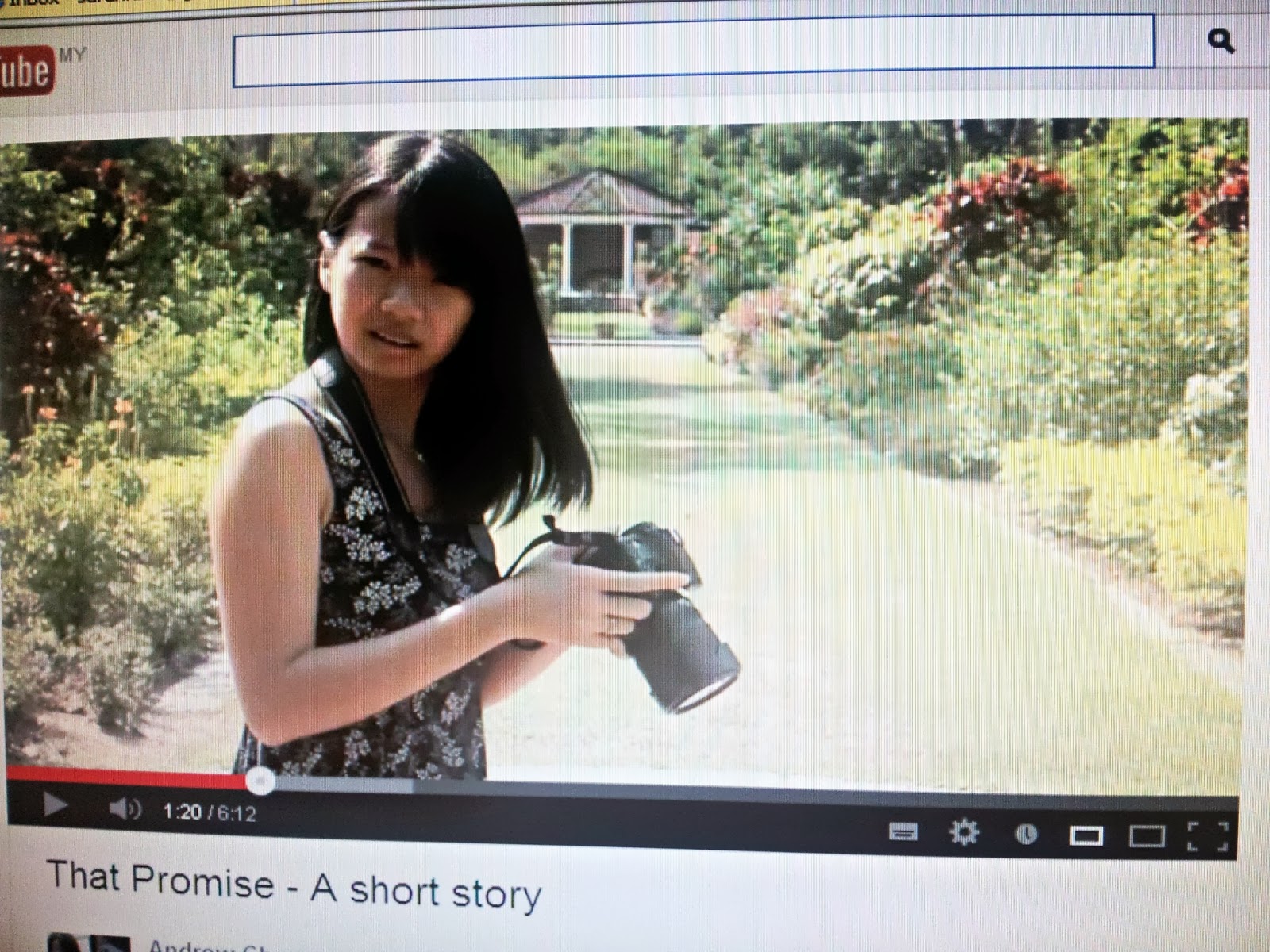 Yeahh. On the Youtube and on Facebook. It's been like what? Months since we did this thing. An adventure that we agreed in doing to help a good friend. I have to say that it's been fun and tiring. What I loved most of this whole experience is that I get to do it with him. I never knew that he is such a good actor. I mean, the camera loves him. Goodness. He looked so good behind those lens. Anyways, it was in the span of few days that we filmed this video.

At first, quite awkward because we both never acted before in front of a camera and we felt most comfortable being in our own element. So, this adventure for sure brings us to a certain level of discovering each other. 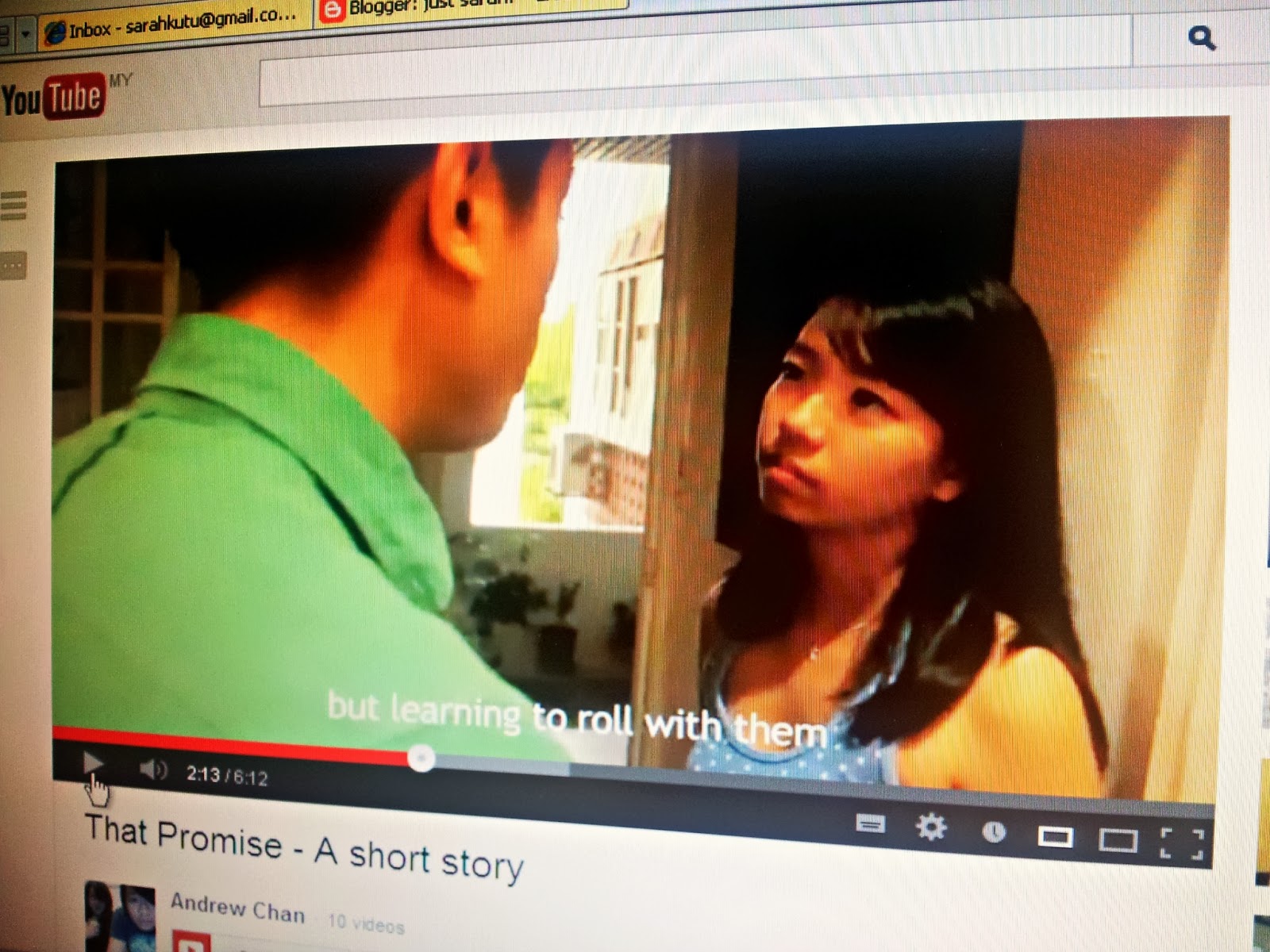 For some of the scenes, we actually spent quite a long time laughing our backsides off and trying to keep those giggles inside, boy that was the hardest. I think we laughed most and hardest at our arguing scenes. So difficukt to make out an arguing scene okayy! HOW TO PRETEND YOU'RE ARGUING!?! Then, when one of us just let out a very tiny smile curve on our lips, the other instantly laugh out d! SO HILARIOUS! Then, we actually had to stay away from each other for few minutes to calm down first then only continue rolling the camera. The photo on the right is the ONE SCENE that took us forever to film. The moment we open the door nia, we straight burst d. Quite an experience really. Definitely one of the moments we laughed so hard ever since we became buddies. Ahh.. 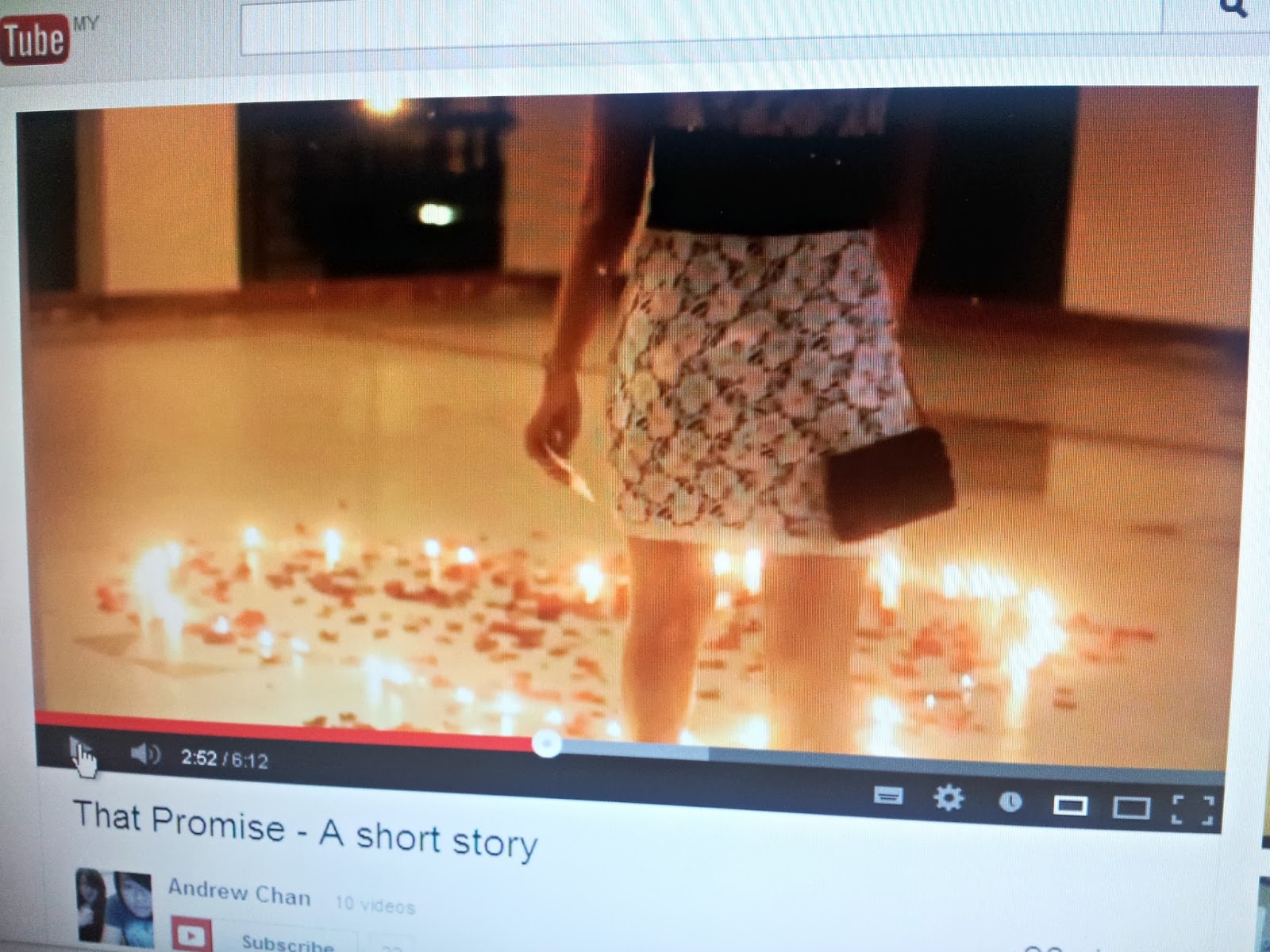 So many beautiful moments also, like the proposal part. Photos hanged everywhere and petals of red roses being spread in and around the heart shaped candlelit floor. I've gotta say (said once in Twitter), that it felt real. Felt like he really is gonna pop it there and then. I mean, he did for the video sake. Hah. We realized now that these kind of things cannot practice wan la. I had to do the same reaction of saying YES so many times until I don't know how to react anymore lo. Haha. For him also I think he asked till so many times till numb d. 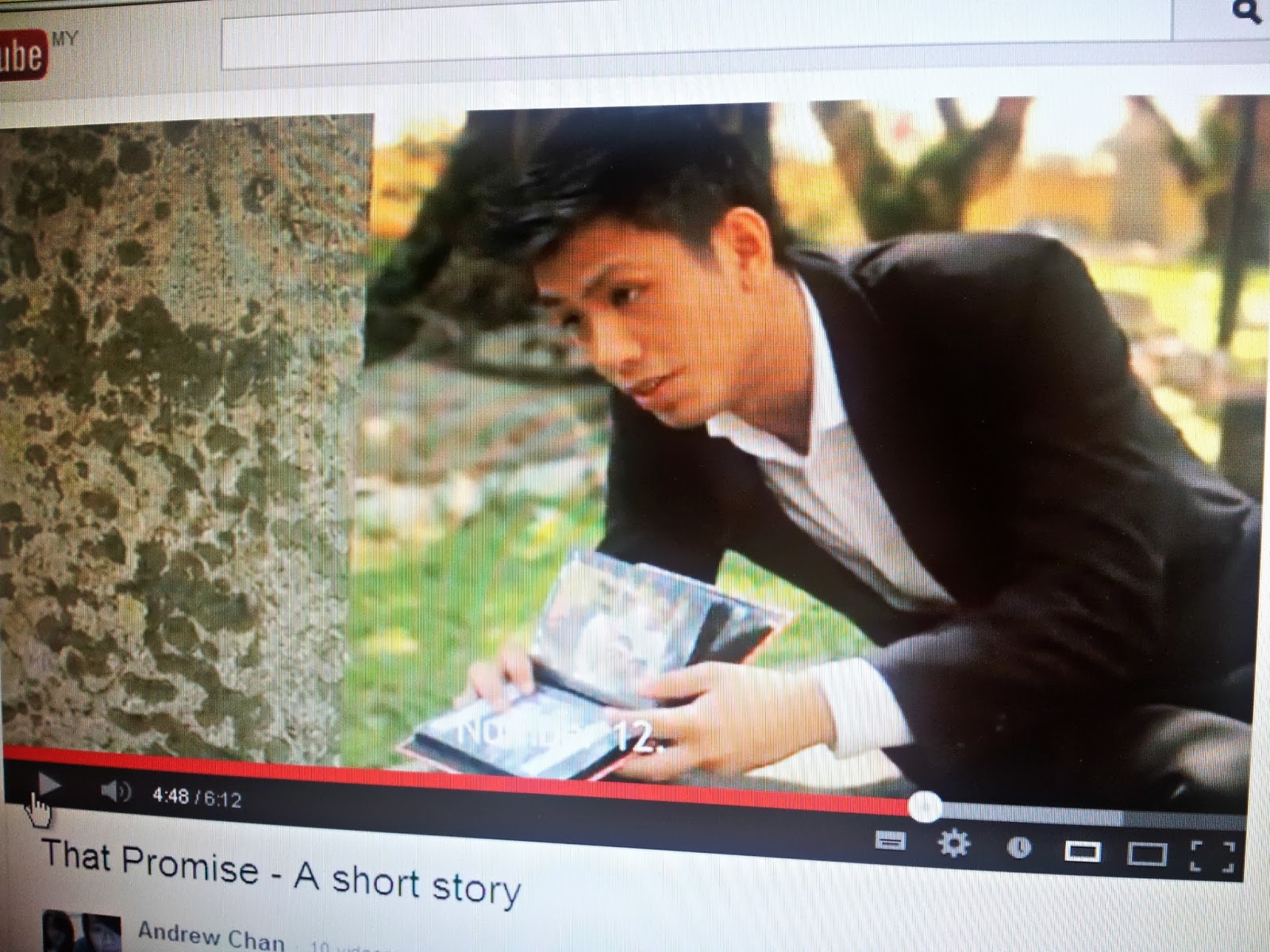 Then, the last part of the film shows that he's talking to the dead me at the ever famous Francis Light's graveyard. Don't know who's tombstone also. Some Ms Catherine or something. Favorite mentioned bucketlist has got to be my three dogs: Hock, Kian and Mee. And they are real dogs. Two brothers and a sister living together! Another favorite film moments was at the beach during sunset. That was just pure pretty. We took some walking scenes too but not shown in the video.

Ahhhh! I'm glad we did it in the end. I remembered being very reluctant in this but he said yes, so I guess that was a good call. For those who haven't watch them yet, CLICK CLICK! *points below*

Enjoy laughing at us :)