I have been playing floorball for almost 5 years now, I think.


It all started when we were having our monthly committee meeting at the Central Zone Hosting Room. Alex was asking around if anyone would help out in becoming one of the secretariats, and he looked at me. So, i said yes since I was kinda free in the afternoon on weekends (that time). 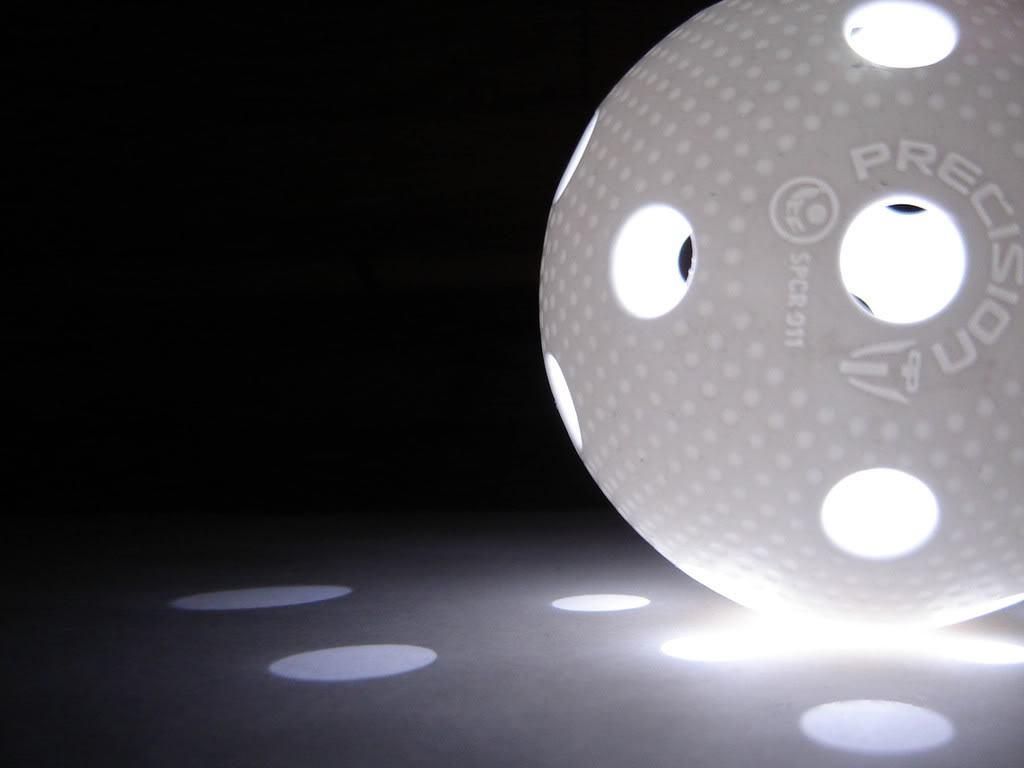 Then, I went to the Gateway City Church at E-Gate for my first secretariat meeting since I know nothing about floorball and things that's to do with it. So yeahh. Oh ya, that's the first time Koay noticed me (according to him) but I was just like any ordinary girl. Haha. Fair enough.

After that, I went to dalat and secretariat-ed my first floorball game. I think I was doing the timer thing. And as I was doing that, I watched the game and went to every game ever since, even when I wasn't on duty.

Of course there were many more interesting stories along the way, in the span of that five years.

After playing in the fireBRANDS team for few years, Gary decided to throw me away. Haha. Pushed me to join SWAT. SWAT is an all-girls team from both Frontliners and fireBRANDS girls. So yes. I was with SWAT (Sportswomen With An aTtitude) for the rest of the years.

We won the first All-Girls-League three years ago and then, we got second placing the year after that and this year, we got third. It has been such a journey with this team. A lot of nonsense that we go through together. It's been really fun.

And so, on Saturday when the whole Div 1 ended, I too ended this chapter: Floorball. It was just a matter of time that I will stop playing them. I don't know if its age catching up, but it's no surprise that somehow, the liking towards this sport has been dying. Kind of. Having to go for training on a weekend morning is also getting pretty burdensome, considering that saturdays are the only day that I get to sleep in.

But the last time that i'm going to play will be for the upcoming charity thing. After that, i would retire from floorball then? Retire? Hmmm.. Okay, too dramatic.. 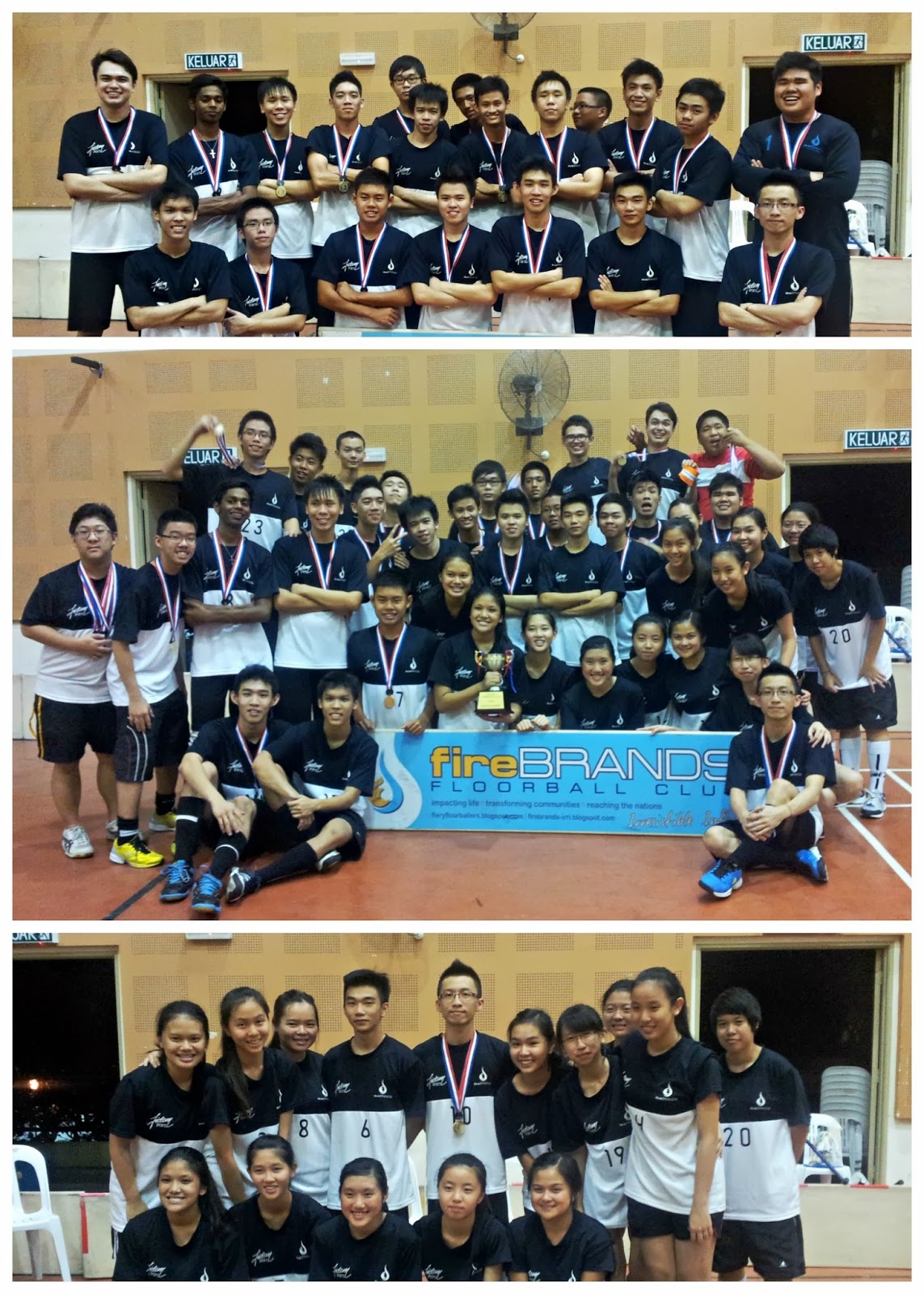 Anyways, CONGRATULATIONS on the winning of Division 1 Penang Floorball League, fireBRANDS! you make me so proud! So glad that I'm a part of fireBRANDS. I am honored to be able to walk down the memory lane and proudly said that I have played amongst the men before. All boys and only me one girl. Crazy because boys will always be like 100times faster and stronger. Me, I'm like the only one that slows them down. Special thanks to Lee Kah Yoon for always letting me try out new things.

Oh yeah. Now fireBRANDS have an all-girls team too. And no, I did not quit SWAT to join them because I just cannot do that. No one should ever do that. Be faithful to your club and that's important. And boy, the girls team of fireBRANDS is strong. Though they didn't win this time, they were definitely stronger than what I expected. Good job ladies!


And also this year, Koay played for fireBRANDS. And it was sweet to see him celebrating it with the whole bunch. 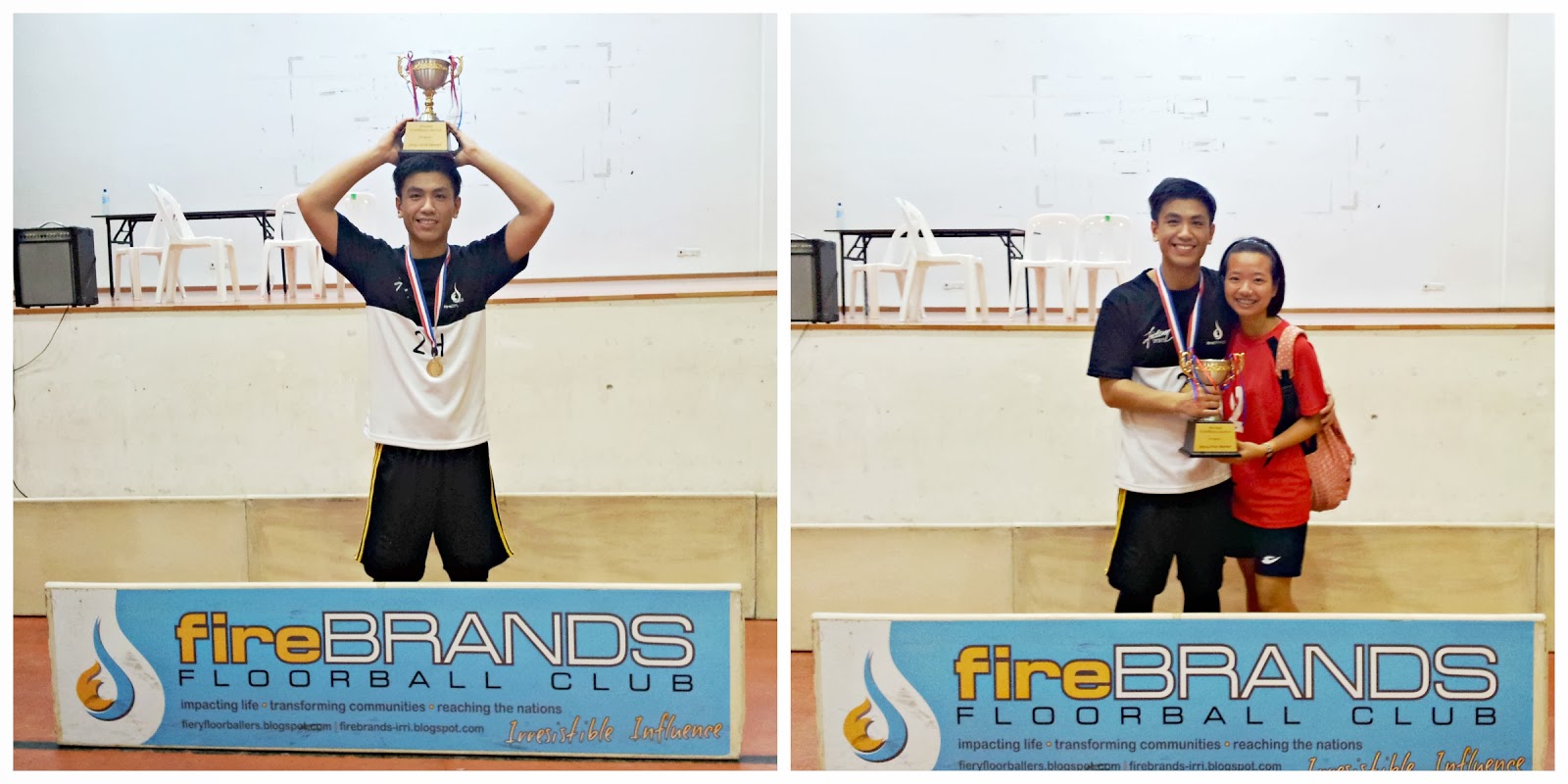 People have been asking me about Ztec. Koay's floorball team. I guess they are at the phase of something. I don't know. And yes, koay is still part of Ztec :)

That's all for this little story of floorball. And now, I don't even have to worry about training and getting too nervous when tournament is around the corner.