I stopped my car right in front of a factory and waited for the security guard to open the gate. It was half opened so I just waited a while for it to open fully. Then, he showed his hand signal to which I understand that he wants me to drive my car towards that side lorong.

There was a STOP word on the tar road but I didn't stop BECAUSE I don't want to be blocking other cars to go in that lorong. It's common sense what right?

So, I drove further inside and parked my car on the left side then only go down the register.

I saw him walking towards my car from his little guardhouse which is quite a distance.

I turned off my engine and opened my door.

I turned to look at him and he started shouting something in BM. I didn't understand at first so I huh-ed him. Maybe that got him even angrier.

He didn't even let me finish my explanation. He seriously doesn't care if I have a very good excuse to why I drove further inside. If he had allowed me to explain, this is what I would have said..

"I ingat nanti lain kereta datang, I block mereka so I park at the side dulu.."

Yep. I was trying to have some common sense.

So, this fella was super upset with me right. He purposely wants to me to reverse my car back to that STOP word. Did I also mention that he gave me one good long stare before that? This guy is furious I tell you. Oh and there was this one guy outside the factory looking at our little 'drama'. Embarrassed I was.

So, I went into my car again. Before I switch my gear from P to D, I swallowed hard and took a really long deep breath and I whispered, "Thank You God for this situation!"

It was hard to do that. I was upset inside that he wrongly accused me of something that isn't that big of a deal also. I WAS TRYING TO HAVE SOME COMMON SENSE!

Anyways, I reversed my car and stopped right in front of the STOP word. I turned off my engine and came out. I walked towards the guardhouse and I politely told him that I have an appointment with Ms. Somebody.

This is where it gets interesting!

He looked at me and asked me to register my details on a book in front of him IN THE NICEST TONE EVERRR! Like I just saved his life, got him a brand new house or something.

I'm not kidding! I was shocked that I gave him the confused look. After that, I asked him if he was going to give me a visitor's tag and he answered in the nicest tone AGAIN. He even pointed at the lobby and said, "Naik tingkat 1"

I don't know what happened. Maybe an angel spoke to him while I was reversing my car or something, but he was like a completely different person in the span of 5 minutes. I'm not even exaggerating. I was shocked. I thought today I made an enemy because I chose not to stop at the STOP word.

Ohhh! And the best part?

There was no visitor parking space inside the factory. So he asked me to park at the VIP space right in front of the gate. I said VIP cos that space is usually guarded by an orange cone. He walked outside and helped me with the parking.

Can you see him sitting inside his not-so-cosy-super-hot mini house? Don't mind my hair, please. Bangs out of control. Heh. 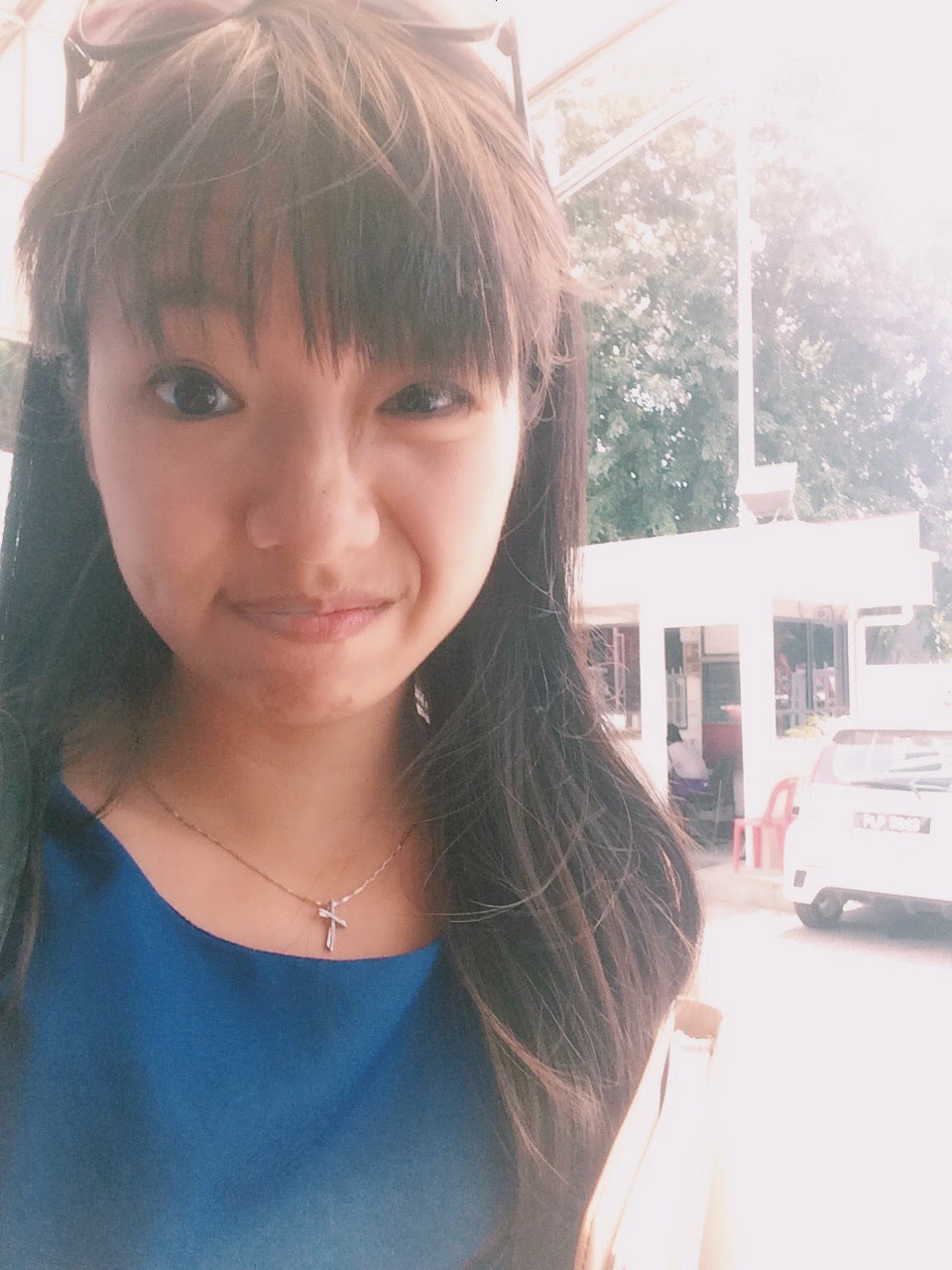 I'm not sure what really happened but what I do know is God can turn horrible situations around even when you are being wrongly accused of something that you didn't do or have good intentions of.

I have been wrongly accused of something for so many times at work but God is faithful and God sees and God knows everything. I think I'll leave this to another update next time.

Have a great week ahead everyone and if it's not going well so far, remember to:

And that spells out... KUTU!