Eastin Hotel organized a party to appreciate all the corporate that has been faithfully using their service for the past years, and Holiday Tours & Travel Penang was invited to be part of it. We even sponsored a trip for two to Cameron Highlands. So, needless to say, I was chosen to attend this amazing dinner with my two bosses, Head of Sales and Head of Sales and Tour! Such honor I had :)

I was reluctant to go at first because my college peeps were having "reunion" that same night! But cannot escape! So, still go la. Did not regret for sure. Haha. 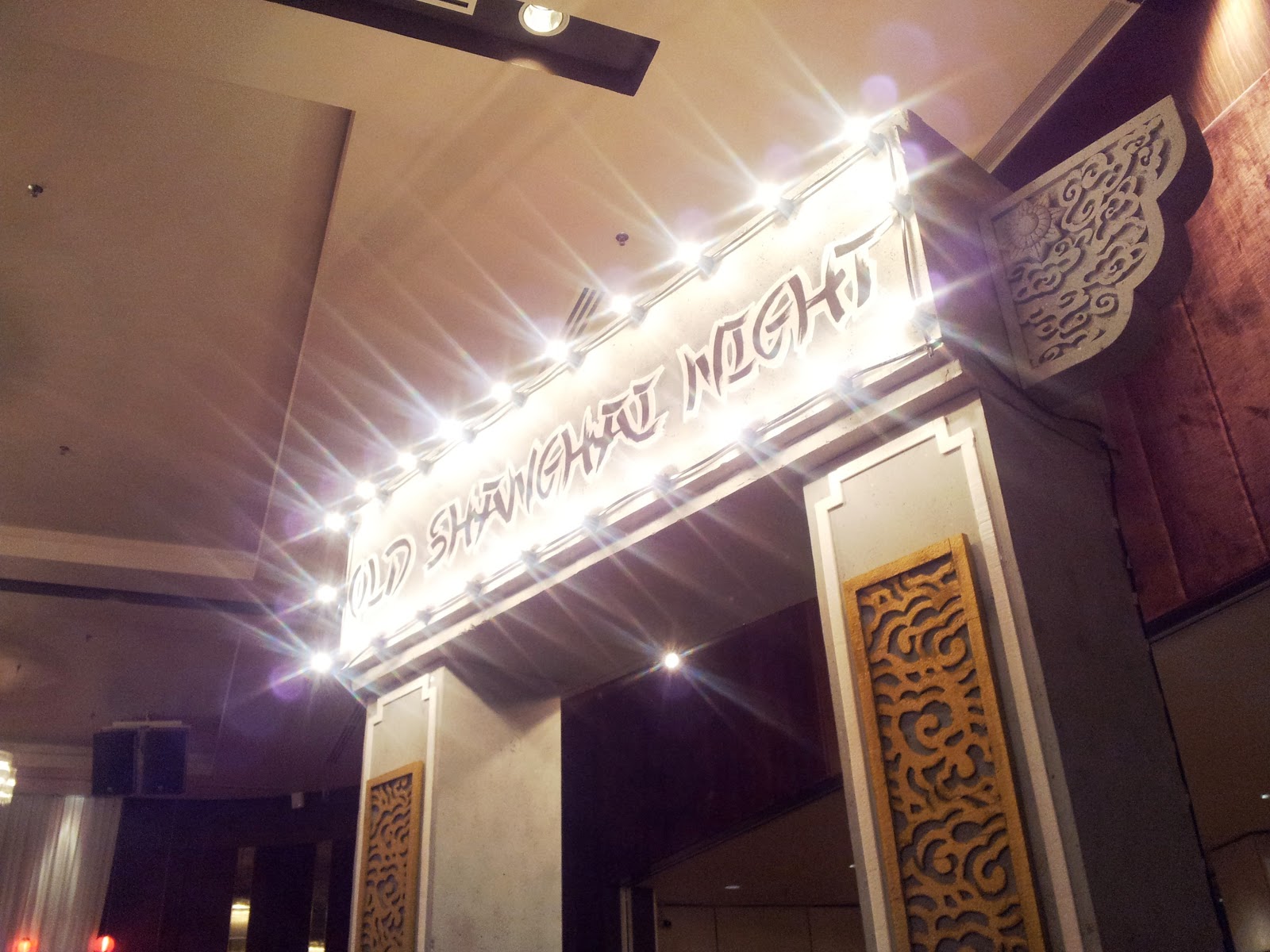 Theme was Old Shanghai Night means we've gotta wear cheongsam! But we were not told. 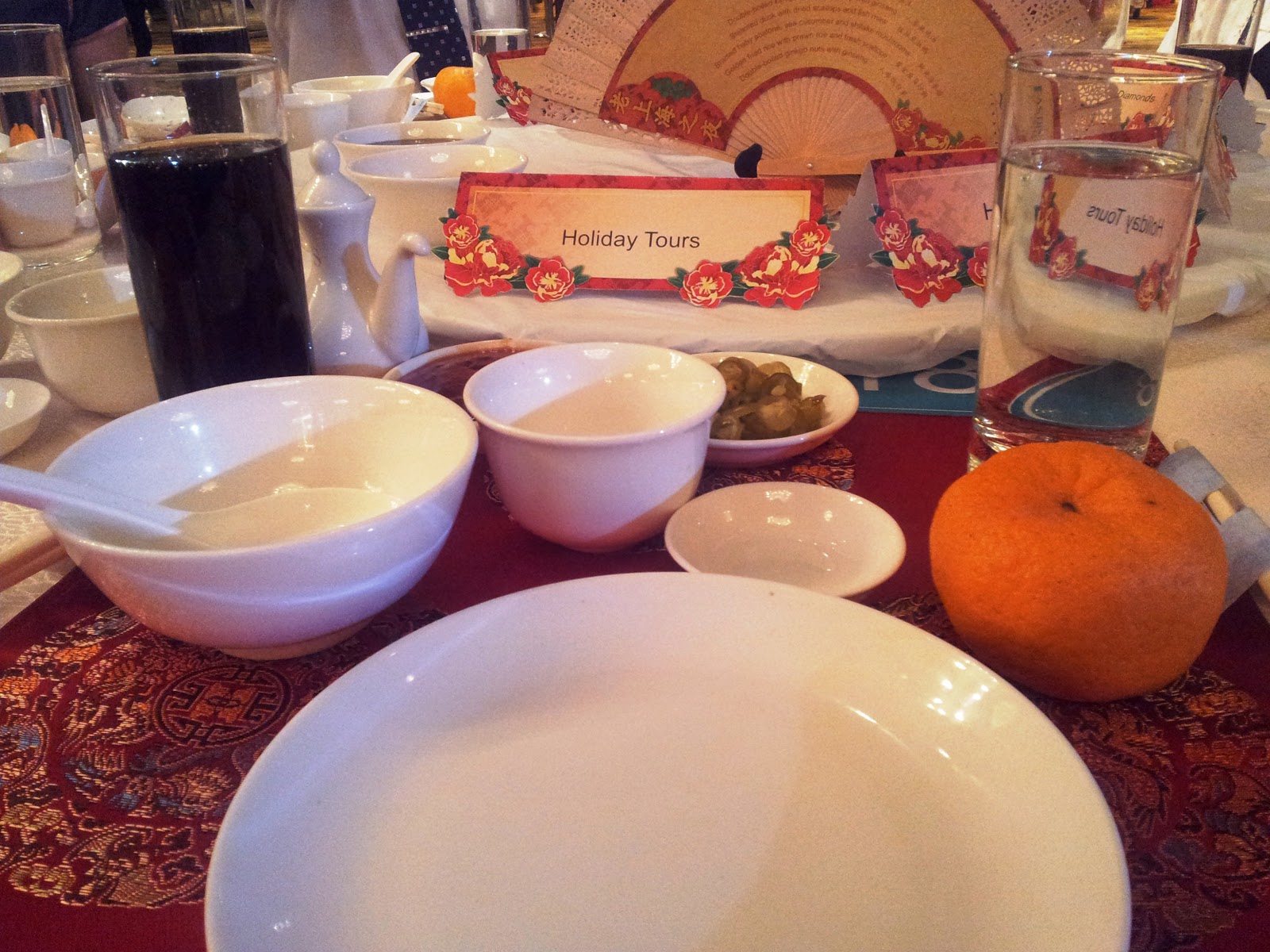 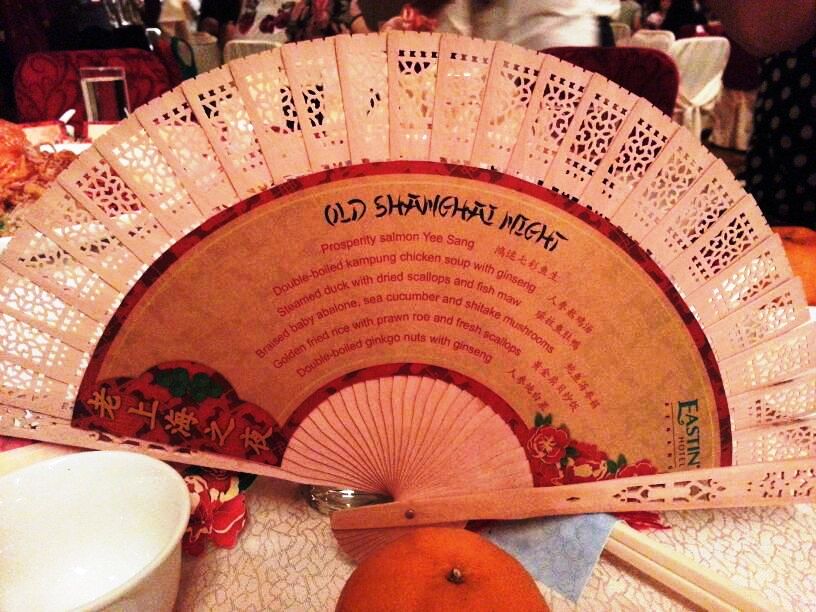 Like how the menu is not in typical booklet. 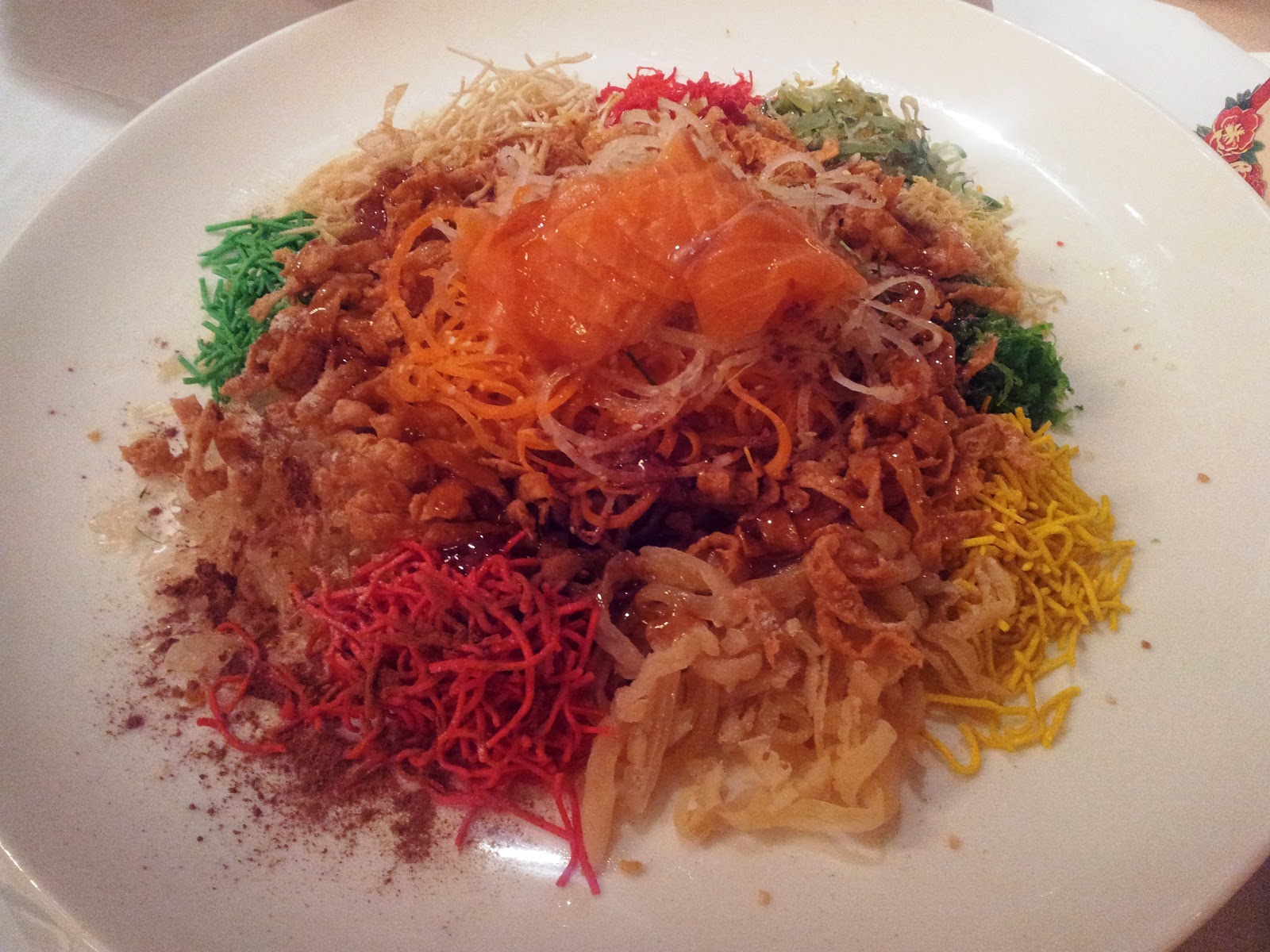 This kind of event sure got Yee Sang. I never know how to eat and never will like to eat this. 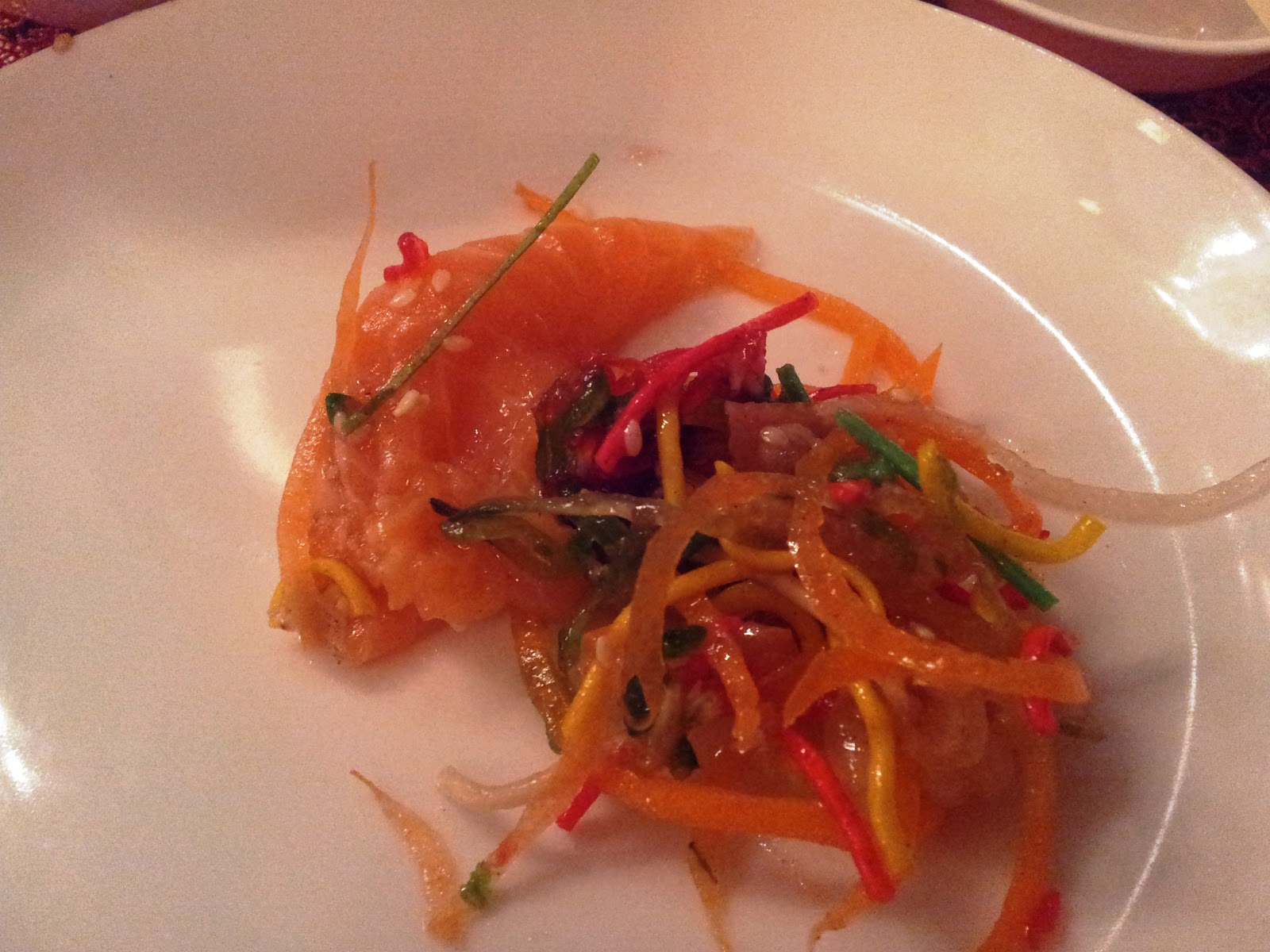 But still had to take some. So, I took more salmon than whatever that's the rest. Haha. 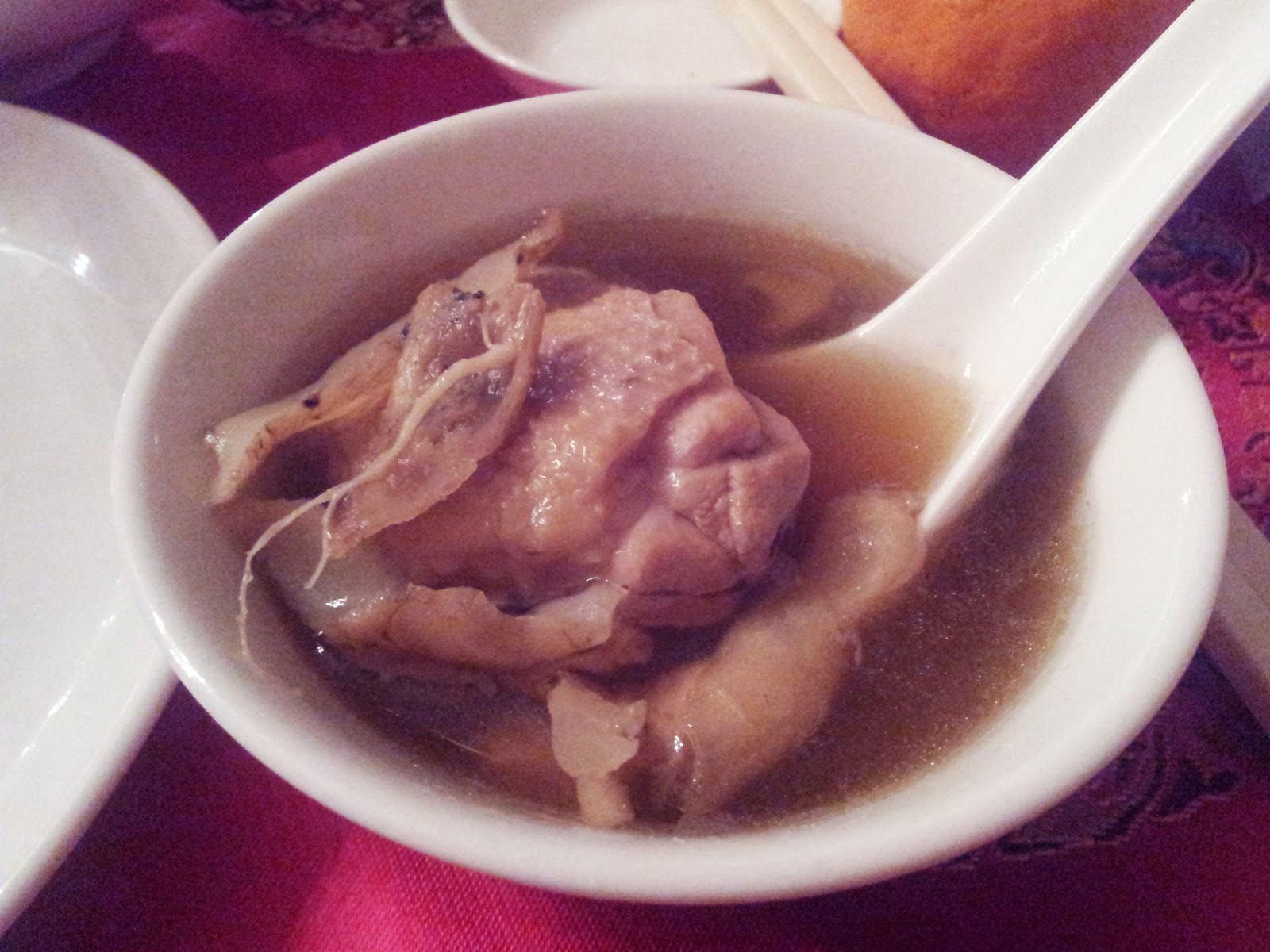 Double Boiled Kampung Chicken soup with Ginseng. BEST SOUP EVER EATEN IN HOTEL! Okay, maybe the second best since the really best that I ever had was in my sister's wedding! That one also double boiled soup with black chicken or something! 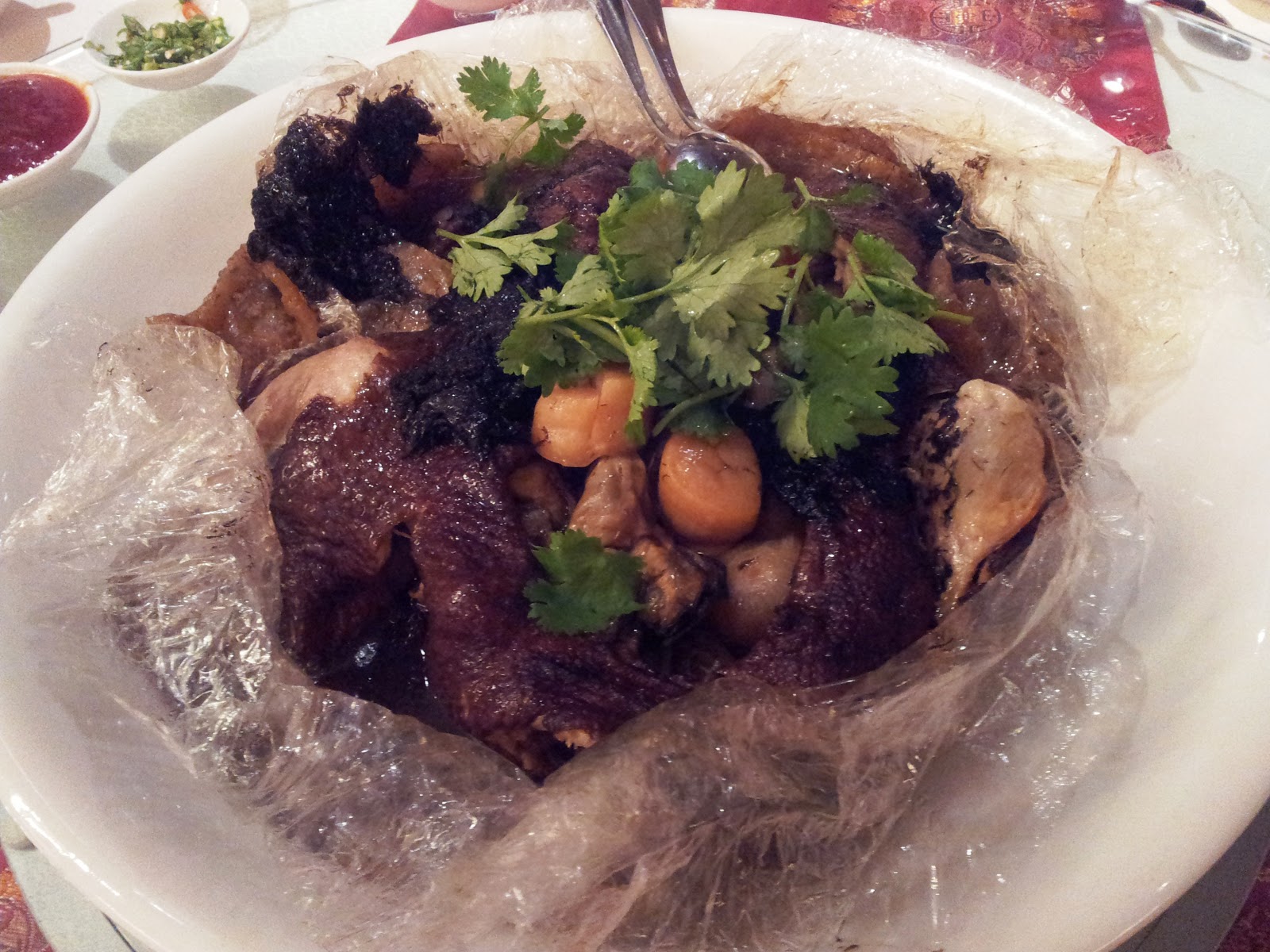 Steamed duck with dried scallops and fish maw. This one also very awesome. The rest of other foods I never take d because the lucky draw took place and then Kumar happened. Haha. 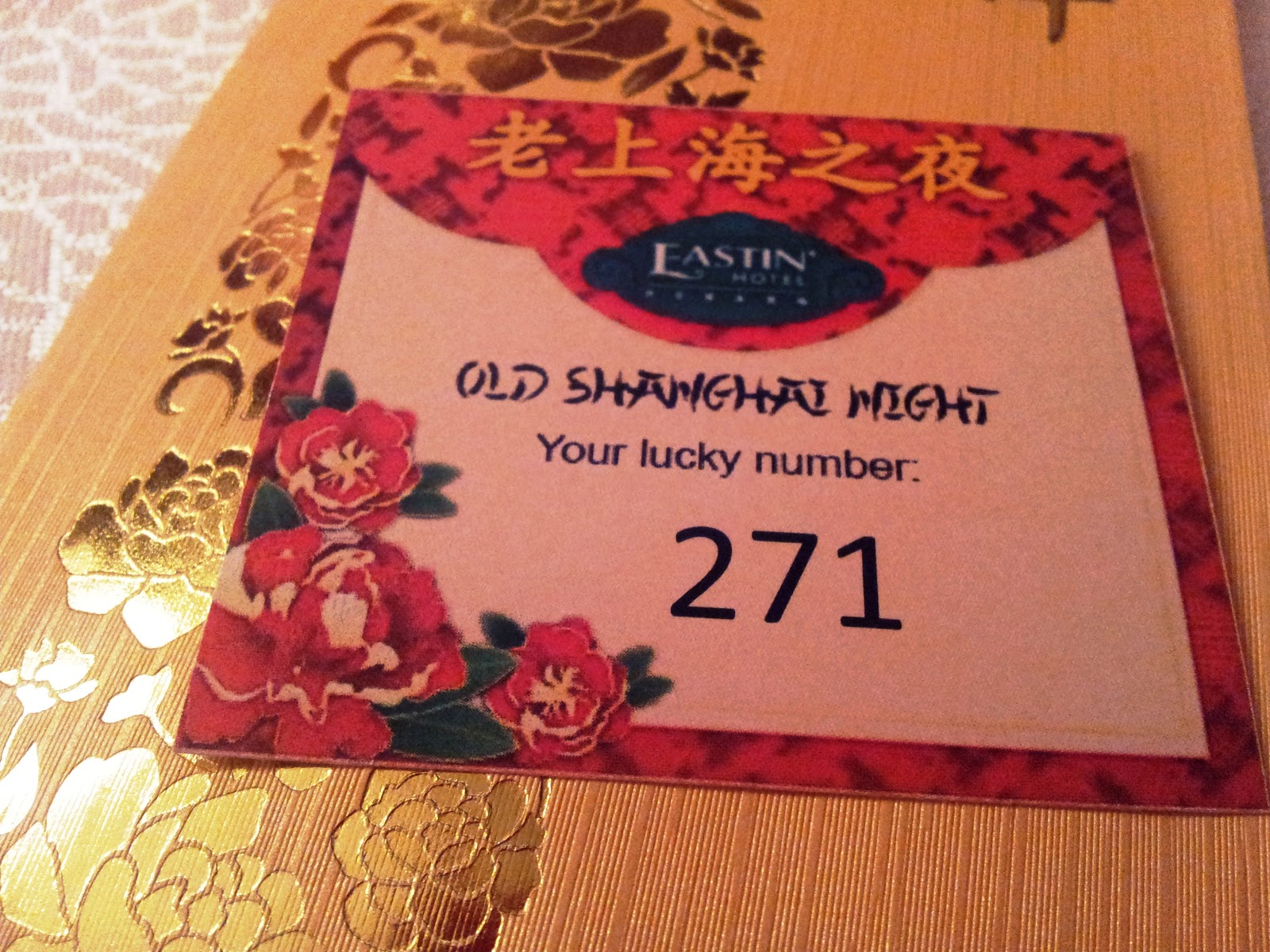 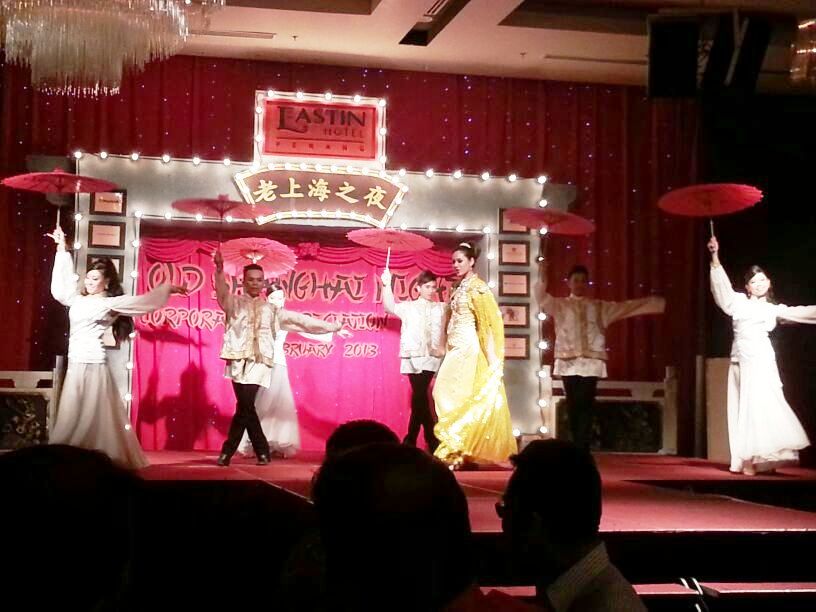 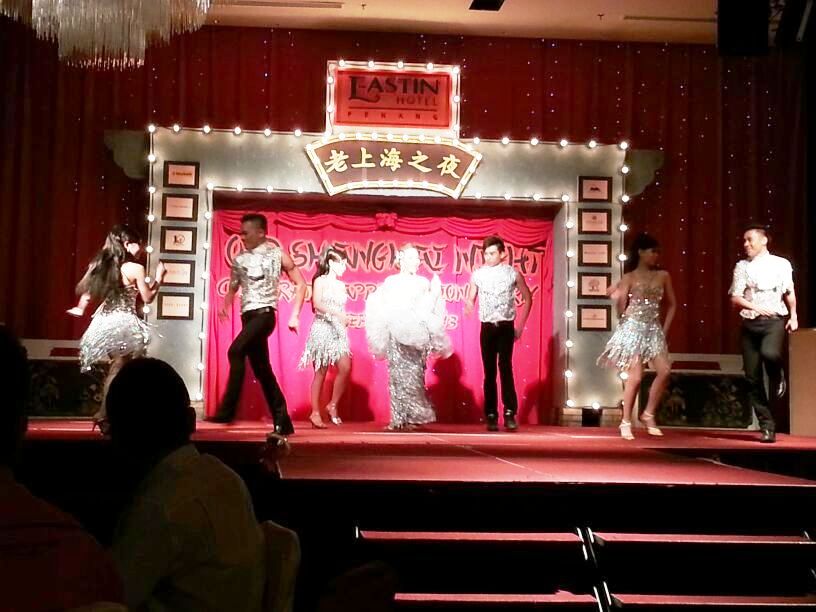 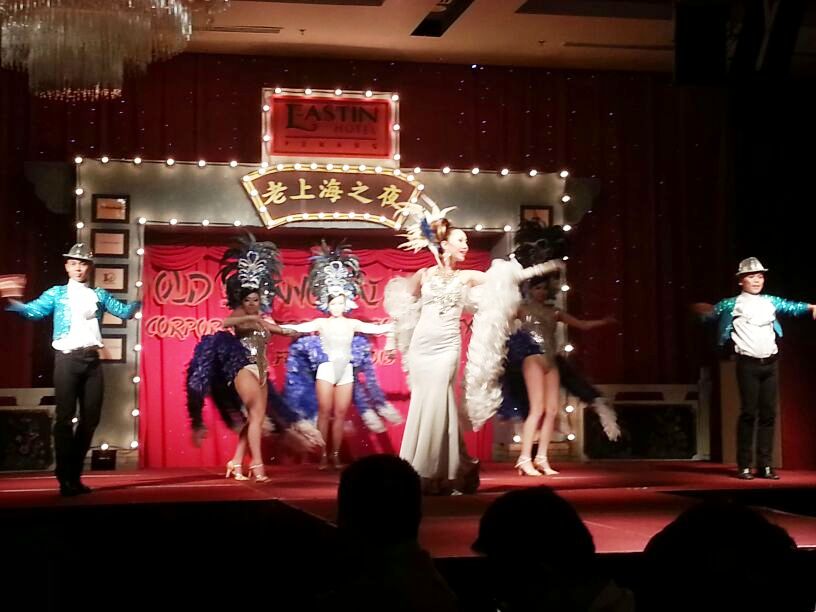 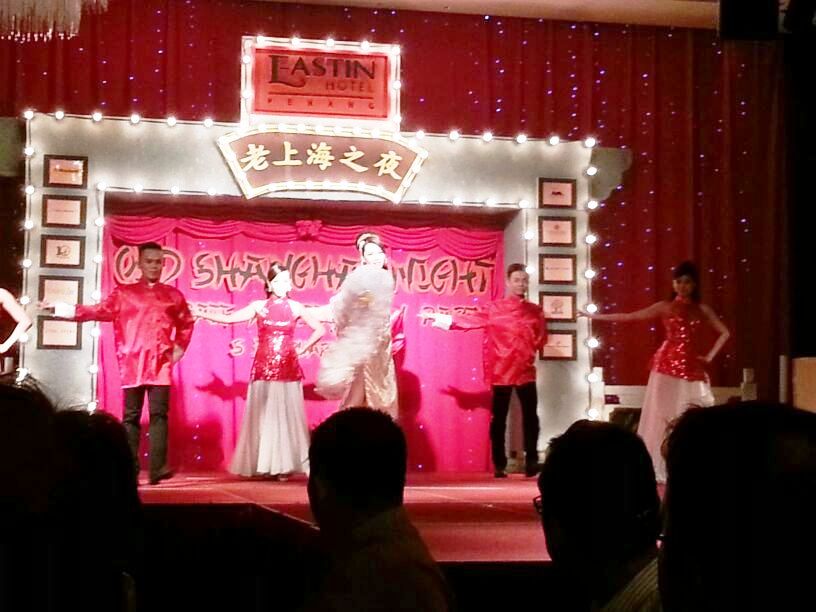 I have to say that the performances throughout the entire night was amazingly great. Though they lipsing to the the songs played, their quick changing of costumes and dance moves were awesome. And their costumes not like all one piece and doesn't look easy to be put on in such a short time. 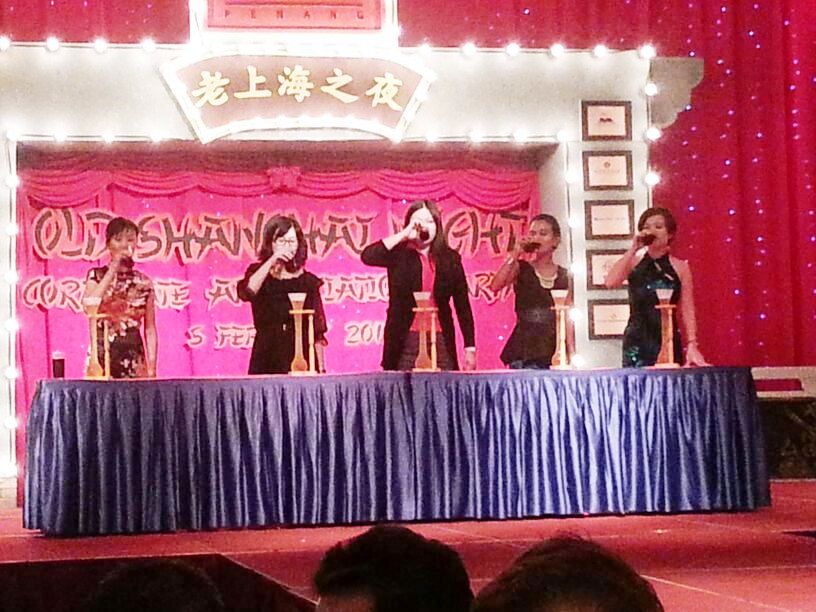 And then we had this beer drinking contest for ladies. But because not all ladies drink and some are vegans, they changed it to a glass of coke. The lady in the center won this challenge and then challenged one random dude from the crowd for beer. And won! Overall, she won a hotel stay worth RM5000! Crazy alcoholic girl. 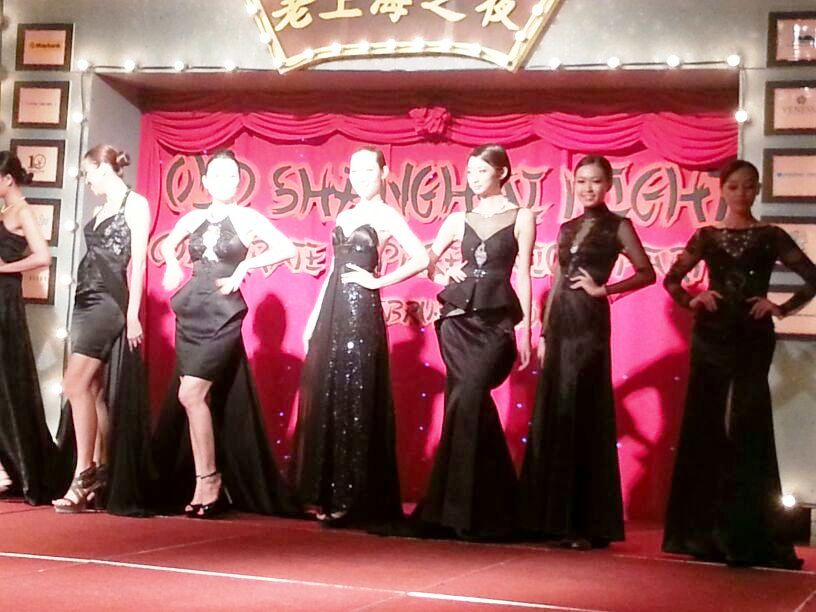 Venessa Diamonds Fashion Show. Saw one that I really liked, and for now can dream about it only. Heh. 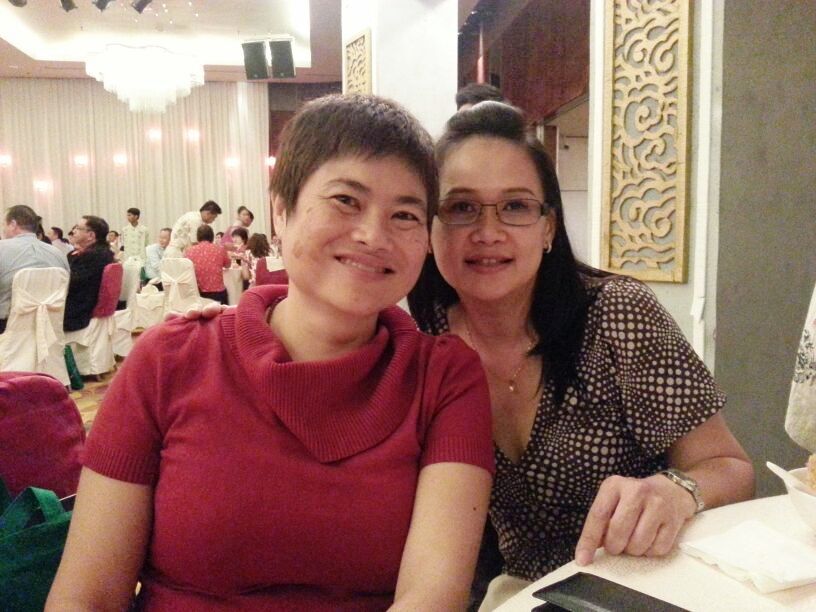 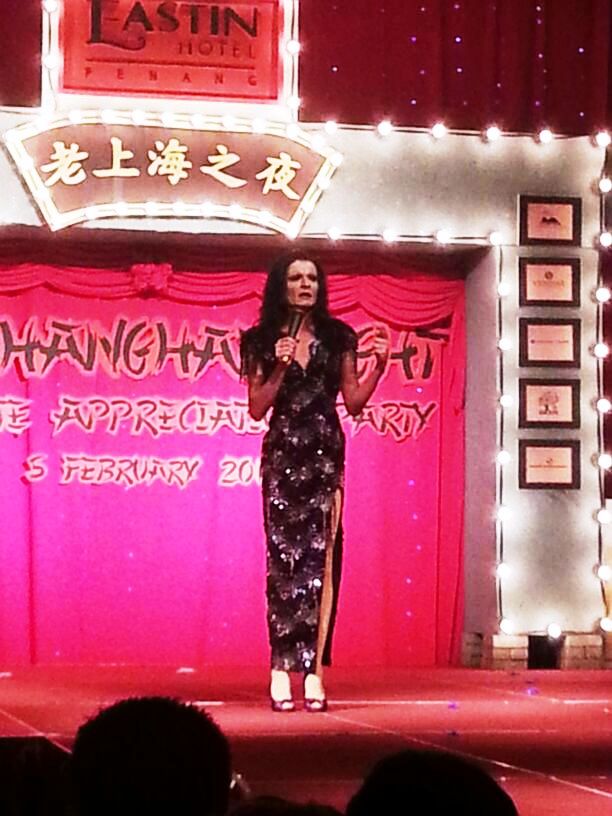 Highlight of the whole event. Laughed till I missed my dessert. So gooood.