We didn't have anything specific planned for the Public Holiday (Nuzul Al-Quran) yesterday Tuesday and at first it was driving me crazy because I just need to know what's going on and stuff. Of course I switched that off and just decided to do something totally not planned and spontaneous or not do anything at all.

I had to send a set of documents to a client at Bayan Lepas area so I decided to drive and picked Koay up on the way. After sending the documents, we headed towards the airport to pick up my luggage.

But before that, we stopped at the famous toast & egg coffee-shop on the road leading to the airport and have ourselves some light breakfast. I think we've tasted better ones and this one quite expensive. Just bread and half boiled eggs and a glass of iced coffee, it's about RM10. 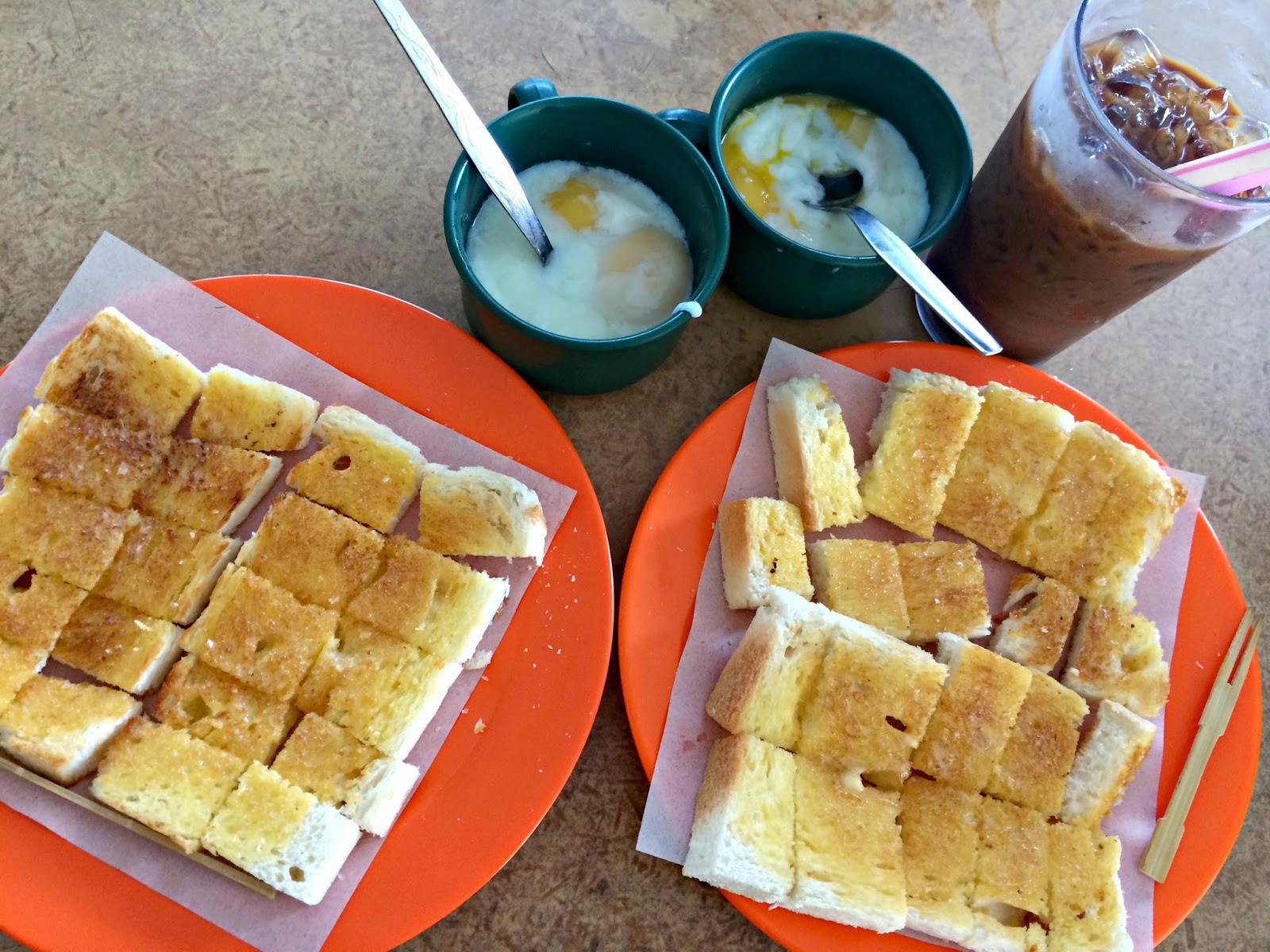 Then, to the airport to pick the blue baby. So happy to see four wheels and no cracked areas. Things you buy with own money, you sure jaga elok-elok eh. Heh. Time to plan for the next holiday. Or maybe the next big one will be in December to Harvard? 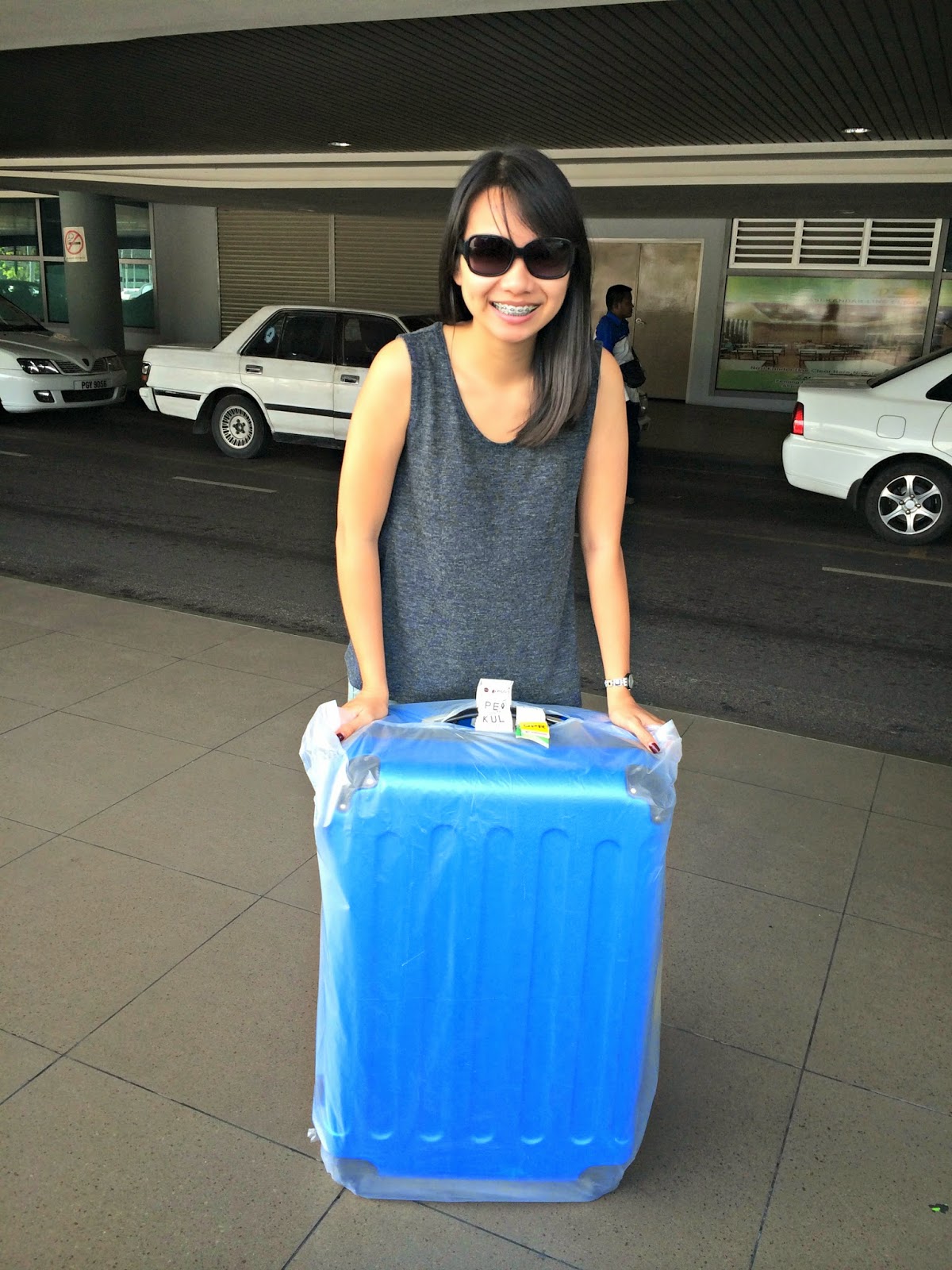 We didn't want to go home straight and since we were already at that part of the island, I thought why not we go see the beach that we're going to be picnic-ing in less than two weeks' time. I don't exactly remember how to go but from few snapshots of my memories, we arrived!

It was such a sight okay. Feels so good to be smelling the sea-sand smell. We walked around and I showed Koay of the place I used to come very often with my family. I showed him every area. Showing him a side of my childhood times. It was fun.

If we brought along change of clothes, we would have both jumped into the waters. I CAN'T WAIT FOR RAYA TO COME! QUICKLY! 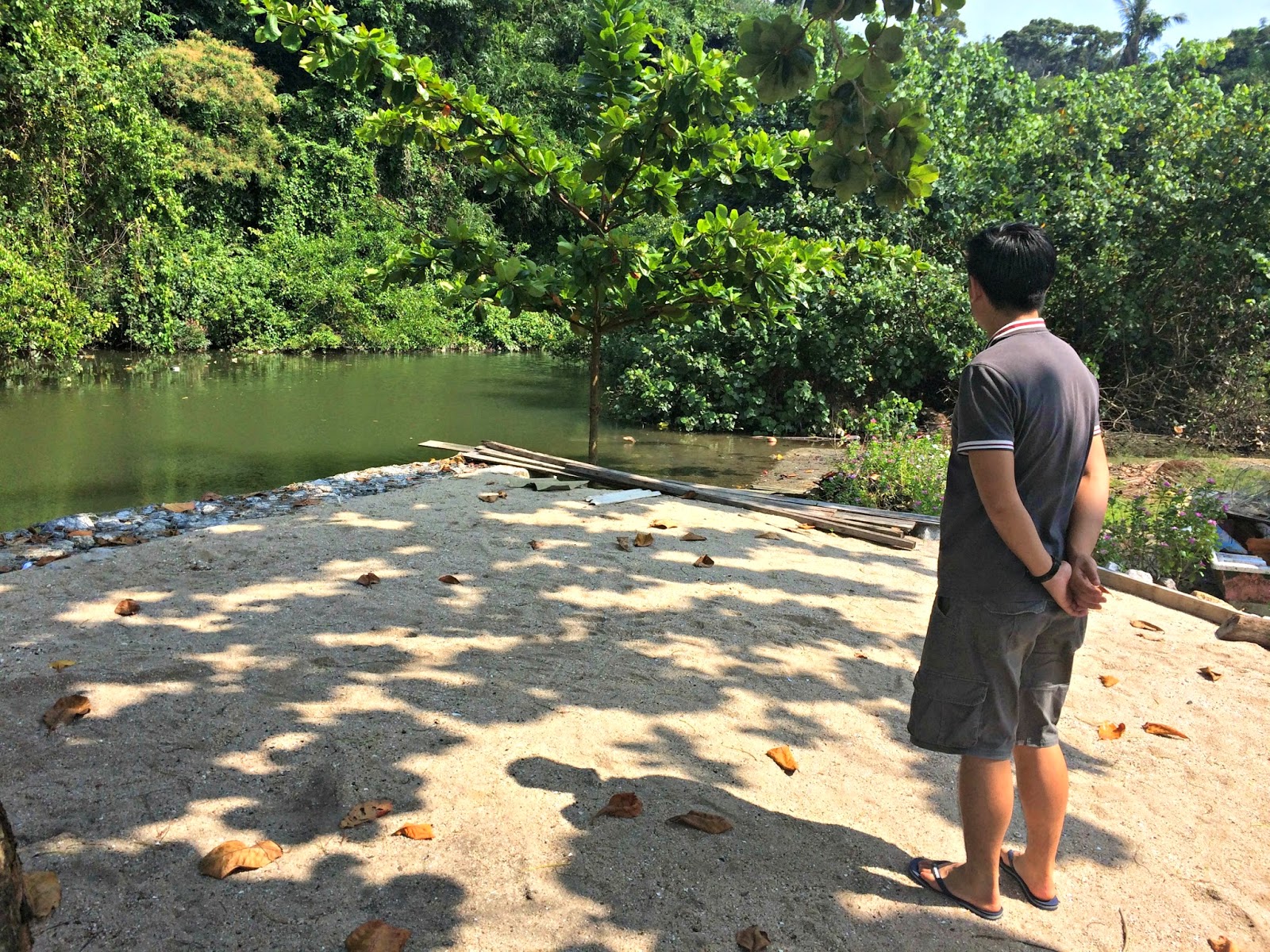 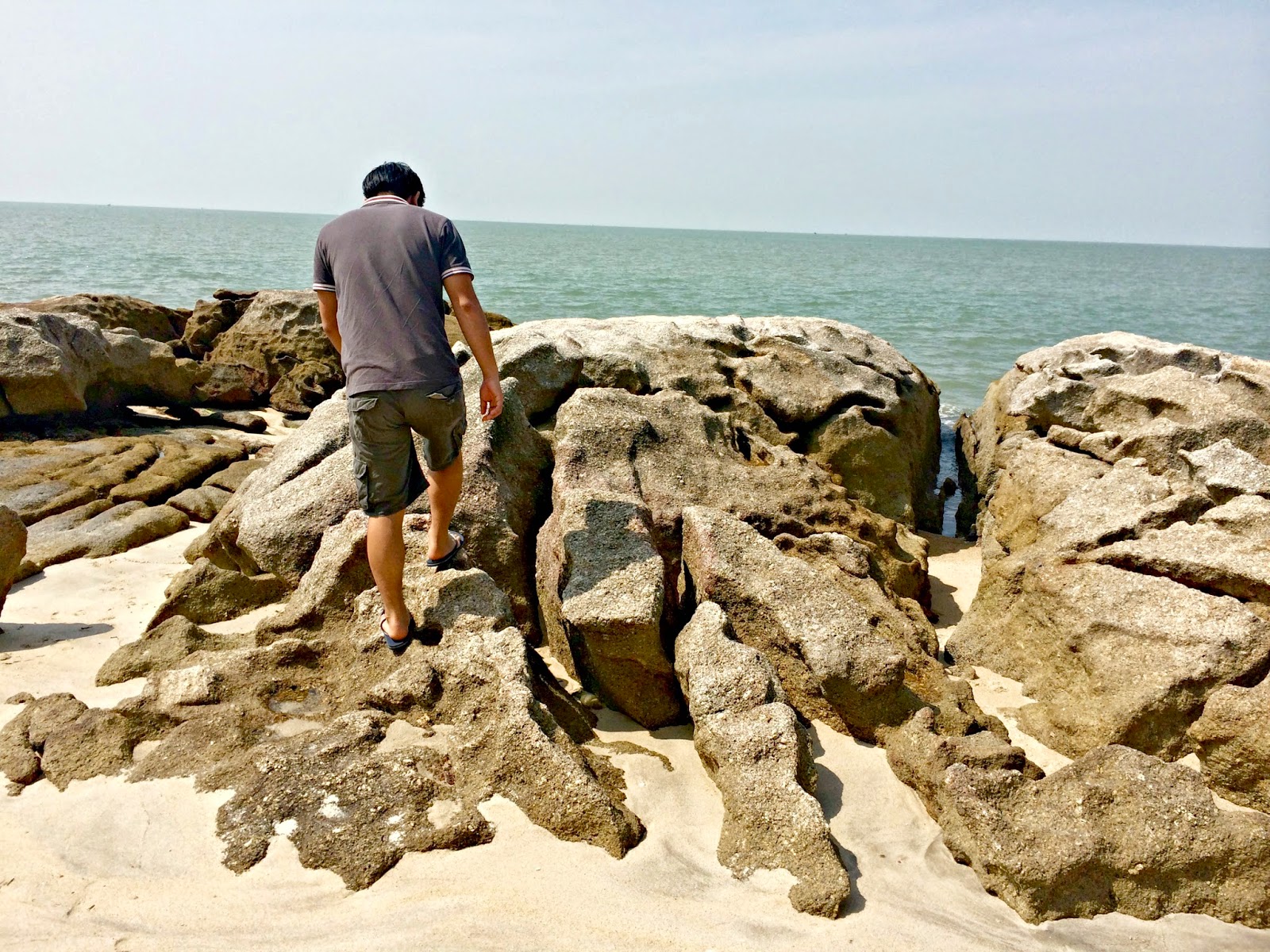 Then, he wanted to show me where he used to go with his friends for fishing. I tell you, this boy is the biggest fan of fishing. Okay maybe not the biggest but definitely a big one.

We drove to the end of the road where there is no more road. He pointed at a lorong and so chun two bikes drove in and he got all excited and said, "There! There! SEE! SEE! That's how we went in. Then after that must hike for 10 minutes sumore. The place is very secluded ehh!"

He was super excited.

We drove back slowly while exchanging more childhood stories. I got to know my boyfriend a little more that day. It was nice. 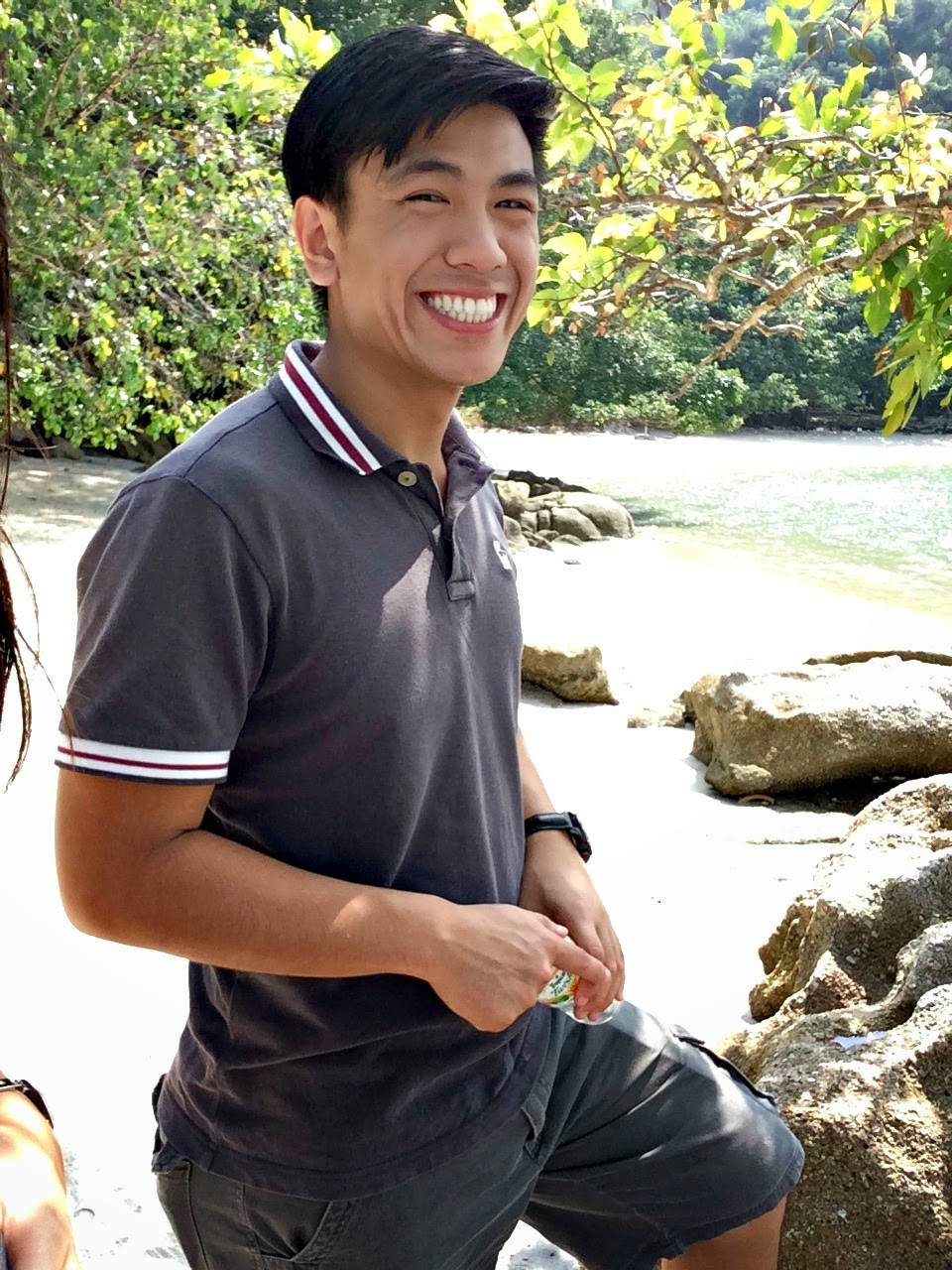 Although Gertak Sanggul is very far but I think it became one of our favorite beach. Knowing us, we probably won't visit it as often as we would like it to be. Petrol very expensive nowadays. Hah.
By Sarah Khoo
Labels: justBLESSED, justBONDING, justFEELINGS, justHOLIDAYS, justKOAY, justLOVE, justOFFDAY
Newer Post Older Post Home