So, the company put me in charge of Student Travel and it only makes sense that I work when it was Star Edu Fair at PISA. Even if it was on a Saturday and Sunday. Good thing I only had to work on a Saturday!

So, because no one else was able to make it on Saturday with me, I asked Vanessa to help me out. Initial plan was I would pay her half of my allowance, but then when my boss heard that I was paying for my sister, she suggested that the company would pay her, even higher than what I offered her. Good news is good :)

Saturday comes and we had to skipped floorball training AGAIN. There were quite a lot of things to carry like banners and flyers and laptops, so you can imagine the both of us struggling to carry all up at one go, but we managed :) 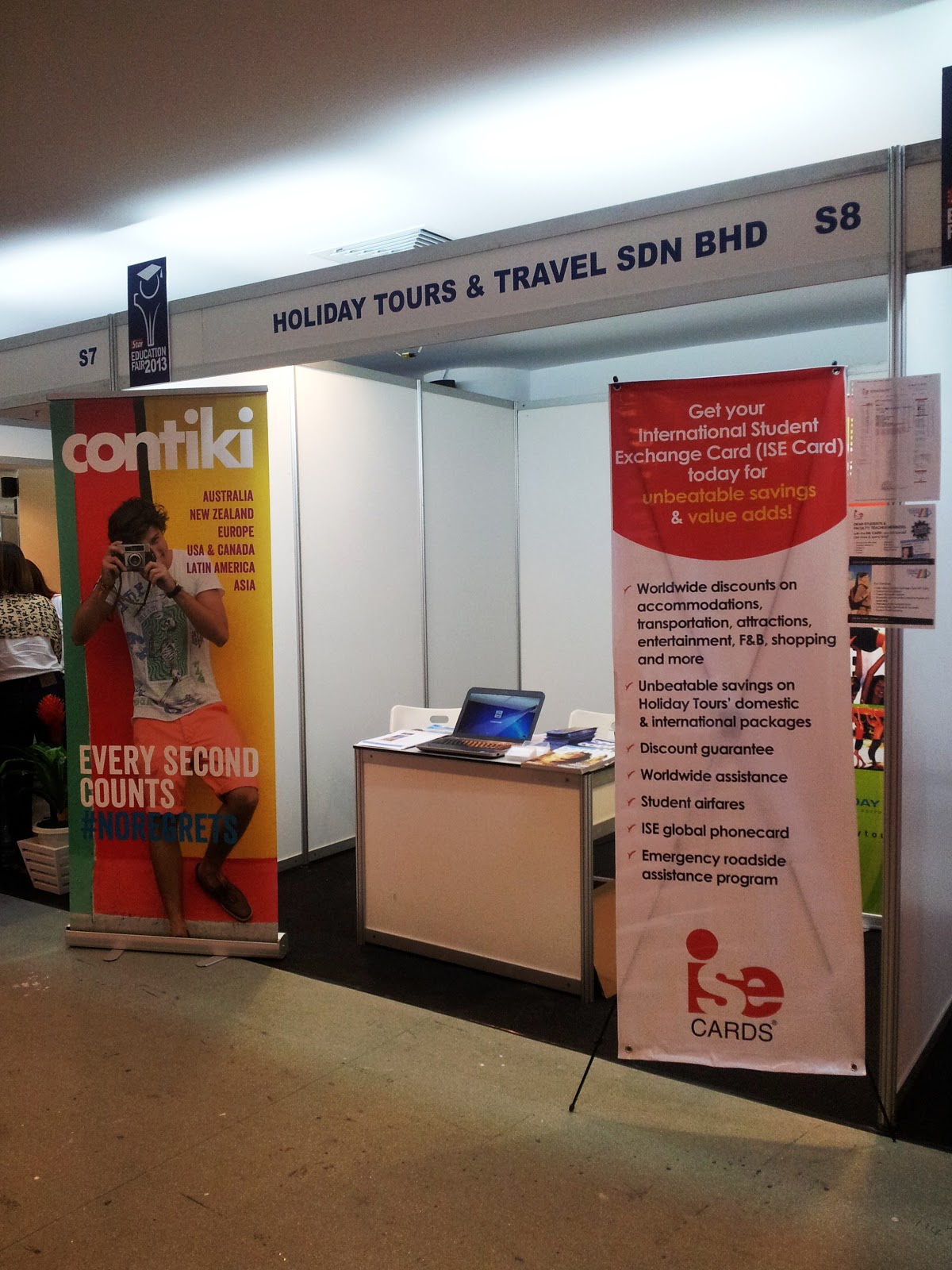 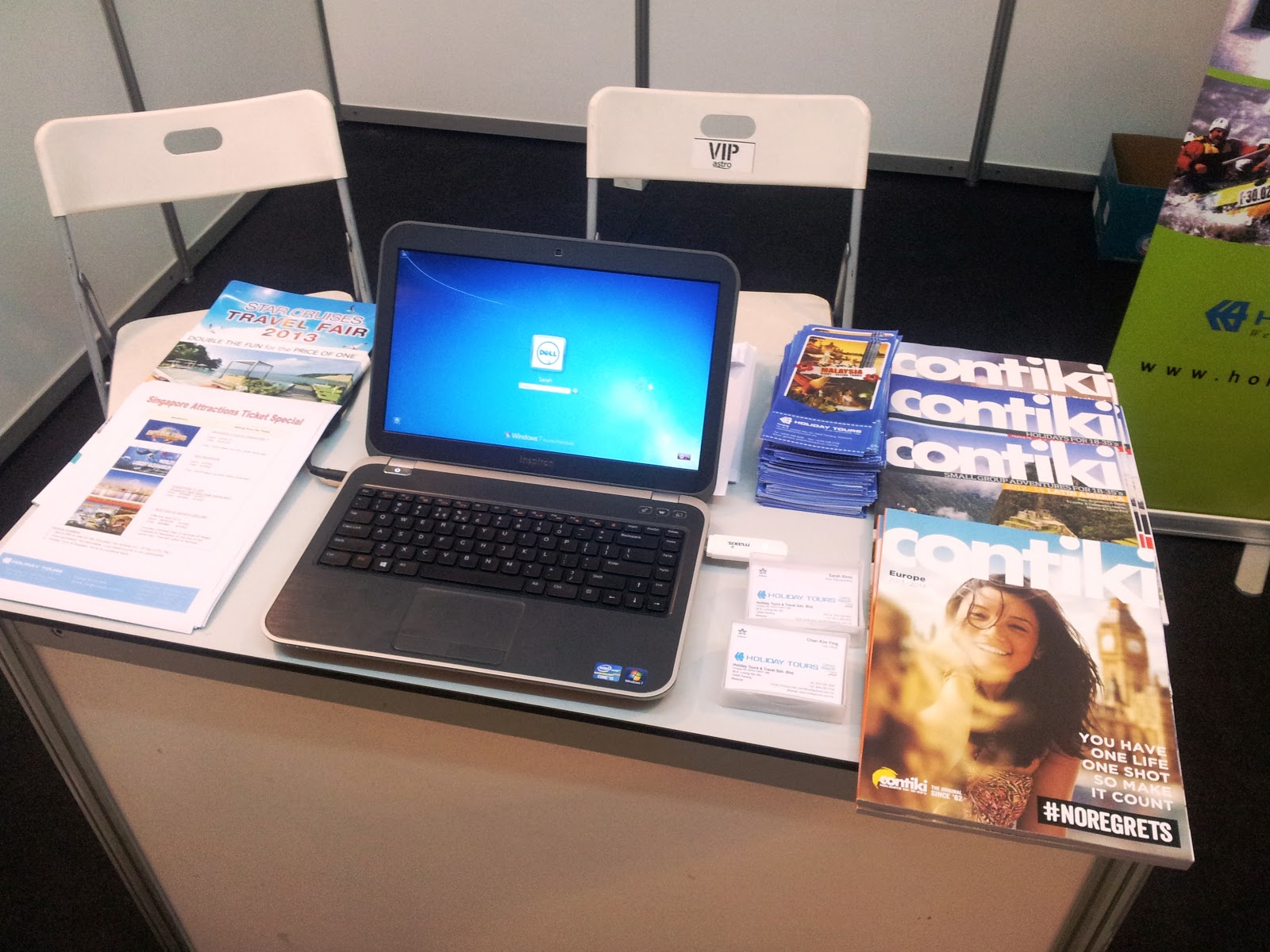 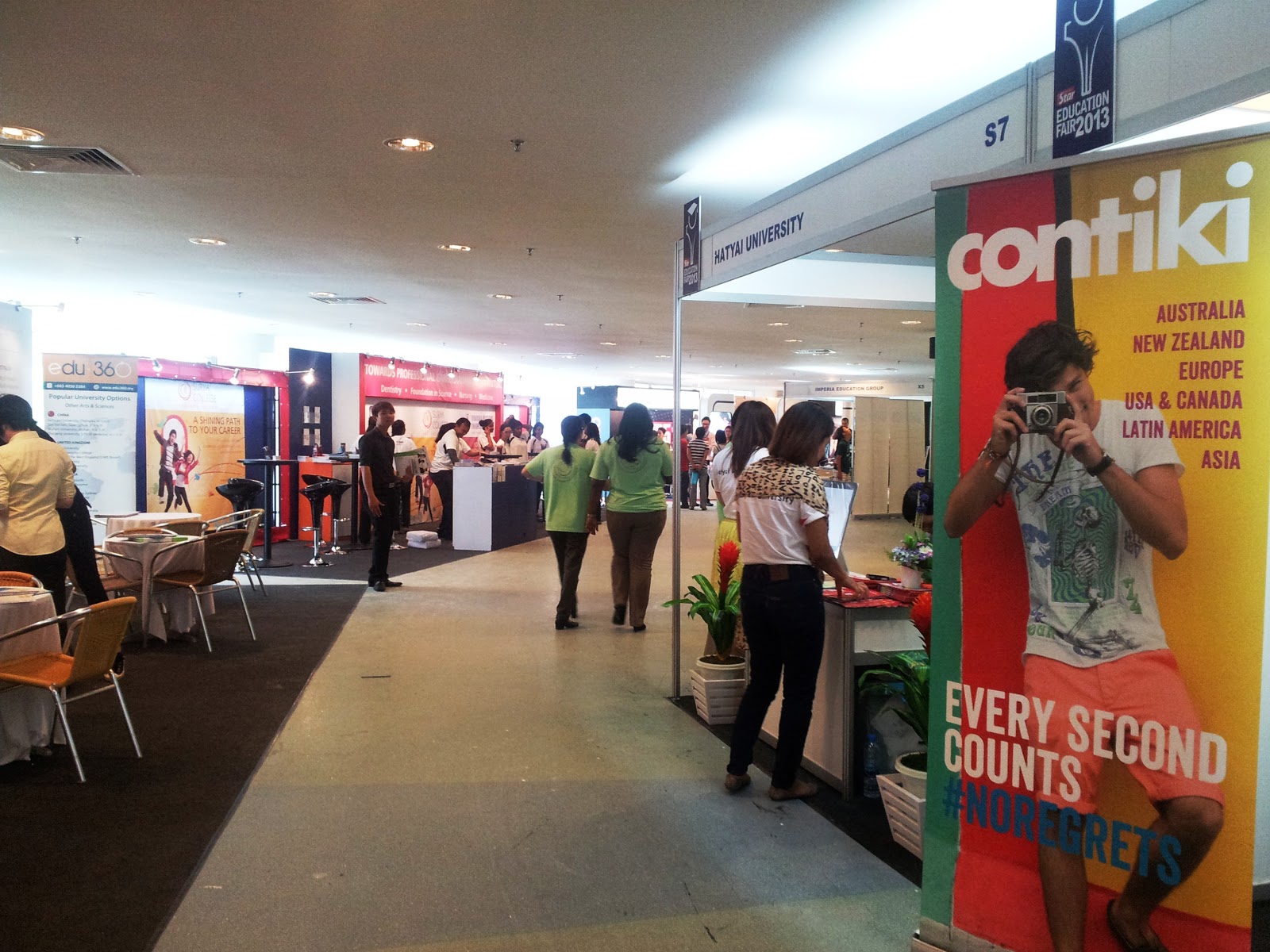 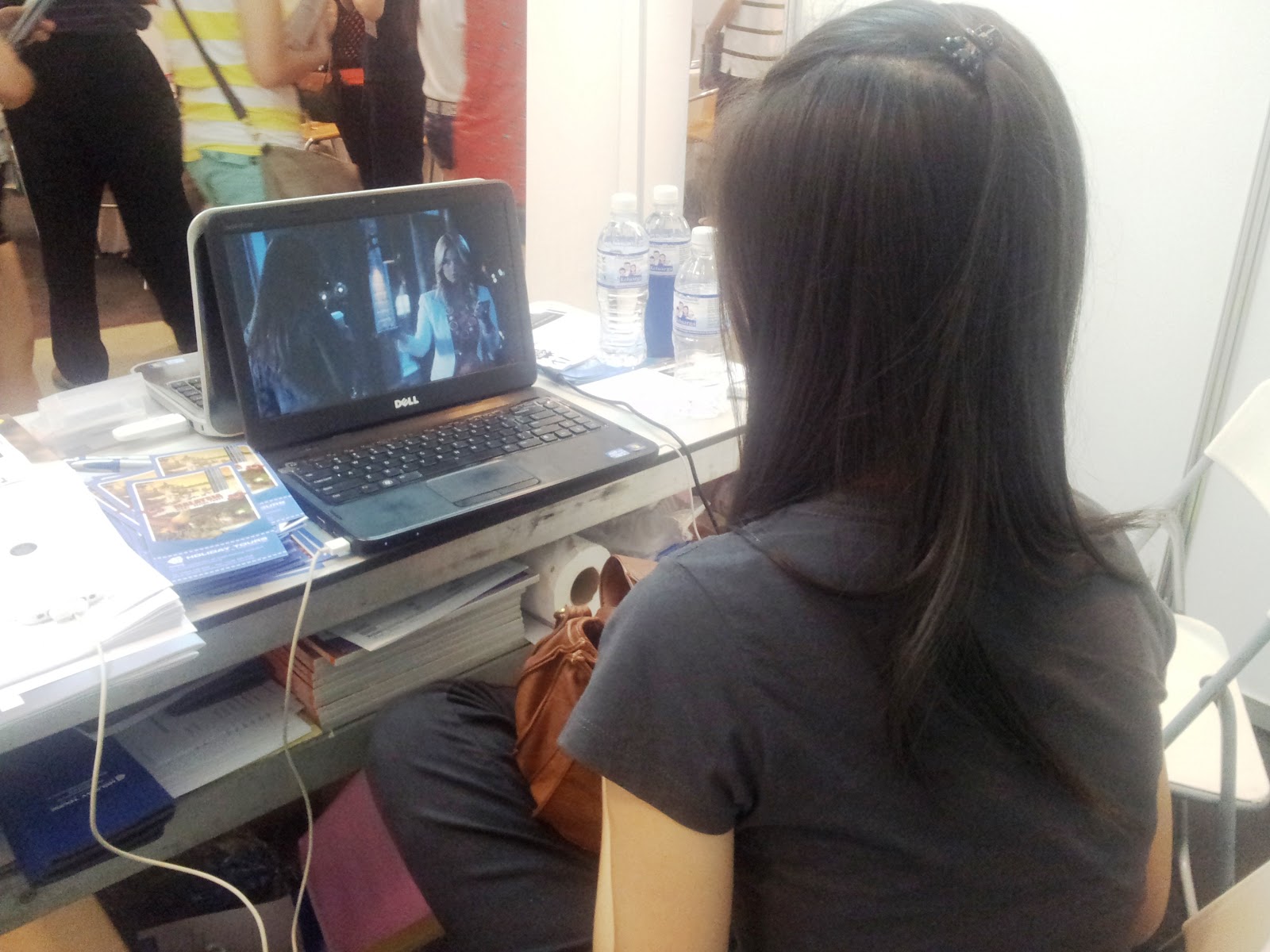 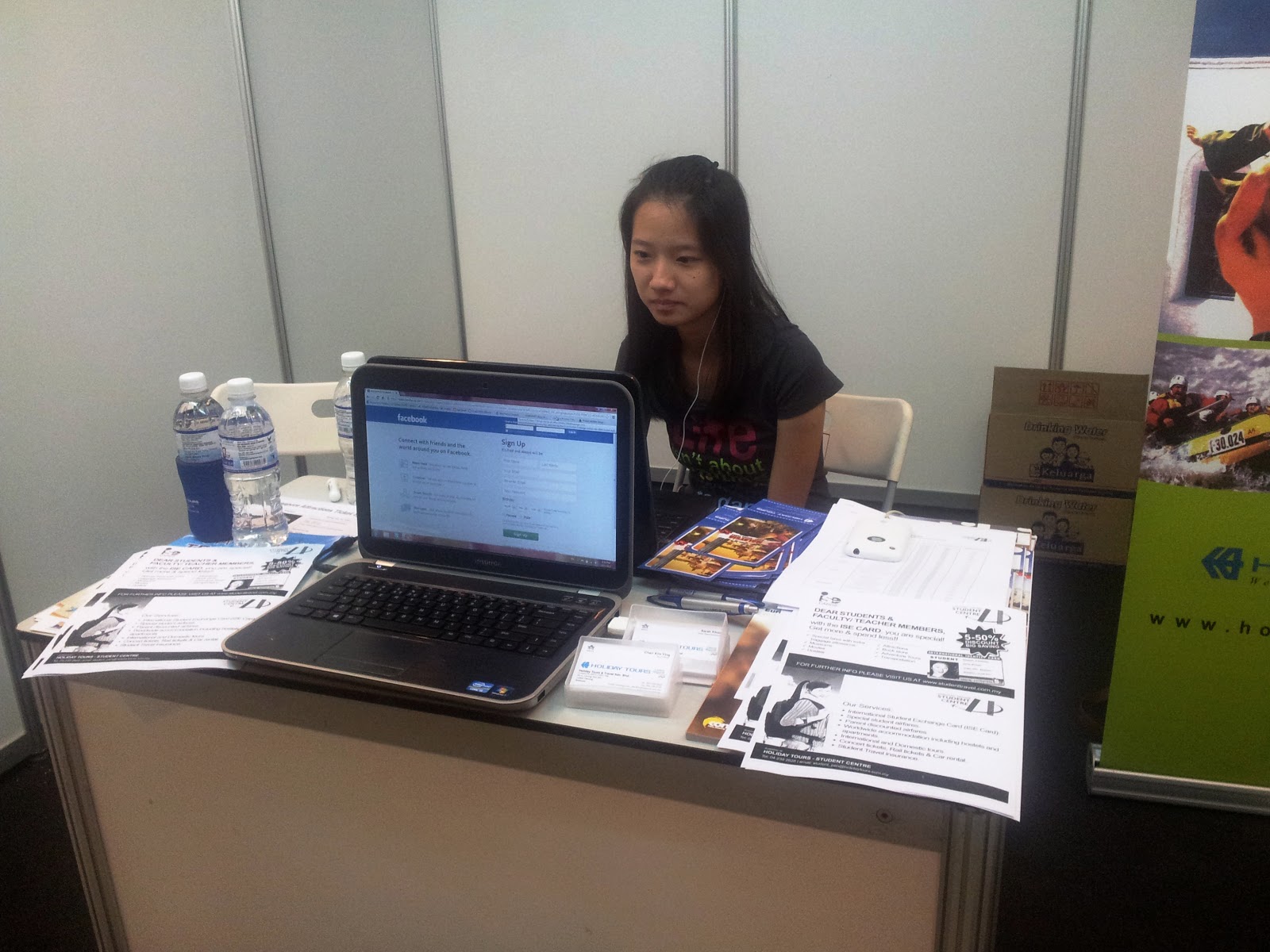 Pay her to sit and watch Pretty Little Liars.

There were many students walked pass us but hardly anyone stopped by our booth. I can understand because they just want to know details of colleges and what to study and stuff. But what we were giving them was very informative okay. Like a list of airlines that have special student fares to certain places.

It was my first time working at a booth like that and I foresee many more to come. Pretty fun la when they have a lot of people. I made some new friends and met some old ones. Good times, really good times.